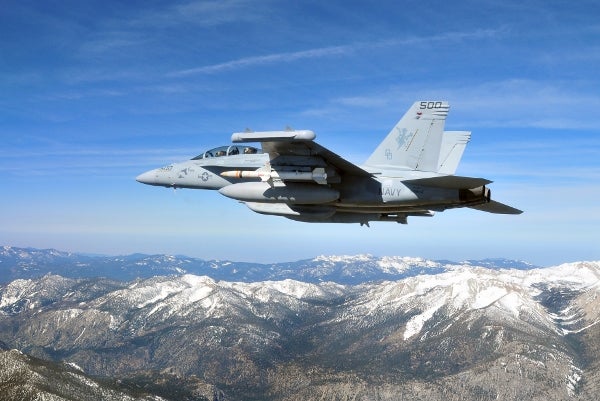 Scheduled to be delivered by the navy and Alliant Techsystems (ATK), the capabilities will be integrated into the RAAF’s 12 Boeing EA-18G Growler aircraft.

The Australian government, in May this year, announced its decision to buy 12 Growler aircraft at a cost of around $1.5bn.

The training capabilities agreement represents the first FMS sale of the AARGM, a medium-range air-to-ground missile developed for destruction of enemy air defences.

A development over the HARM, the AARGM is capable of defeating multiple countermeasures that have been produced after HARM was fielded in the 1980s.

The AARGM is capable of defeating multiple countermeasures that have been produced after HARM was fielded in the 1980s.

In addition to the navy and Marine Corps F/A-18 squadrons, the missile is currently mounted on the US Air Force’s F/A-18C/D, F/A-18E/F, and Italian Air Force’s Tornado electronic countermeasures / reconnaissance (ECR) aircraft.

US Navy Direct and Time Sensitive Strike programme manager captain Brian Corey said: ”The RAAF’s procurement of an AARGM training capability is another step in the direction of achieving commonality between RAAF and US Navy aircraft, mission planning and maintenance capabilities in order to maximize interoperability in a coalition environment.”

Deliveries are scheduled to take place in 2015.

A derivative of the combat-proven two-seat F/A-18 Hornet, the EA-18G Growler is an airborne electronic attack aircraft capable of countering enemy air defences using both reactive and pre-emptive jamming techniques.

Image: An EA-18G Growler aircraft during its flight. Photo: Courtesy of US Navy.

The Military Simulation and Virtual Training Market in Australia to 2025: Market Brief