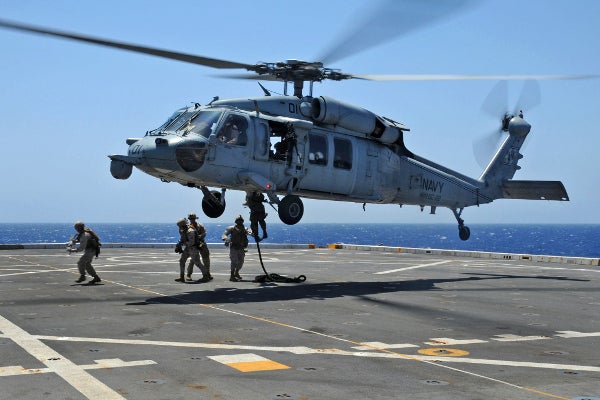 Taylor was quoted by CNN as saying that some of the weapons are also expected to stay beyond the exercise at the government’s request, to help strengthen the defensive posture and capacity of the country.

The spokesman, however, did not provide any information on the number of participating F-16 jets, or how many aircraft may remain in Jordan to counter the threat posed by Syria’s civil war.

Jordanian Media Affairs state minister and government spokesman Mohammad al-Momani was quoted by The Jordan Times as saying that the deployment is the result of continuous negotiations with the US over the past few weeks.

Companies Intelligence
View All
Reports
View All
Data Insights
View All
Scheduled to be conducted for two weeks across Jordan, Exercise Eager Lion 2013 will involve participation from 15,000 personnel from 18 countries.

”This is in line with Jordan’s declared intention to acquire advanced weapons, and comes in line with our military and defence cooperation with the US,” Momani added.

Designed to intercept Scud or other short-range missiles, the Patriot batteries are believed to be used for imposing a no-fly-zone over Damascus and other air operations.

The US Department of Defense (DoD) has already deployed an army headquarters unit to assist Jordanian armed forces in preventing the spillover of Syrian chemical weapons and violence across its borders in April this year.

Scheduled to be conducted for two weeks across Jordan, Exercise Eager Lion 2013 will involve participation from 15,000 personnel from 18 countries, including Bahrain, Canada, Czech Republic, Egypt, France, Iraq, Italy, Lebanon, Pakistan, Poland, Qatar, Turkey, Saudi Arabia, Yemen and the UAE, as well as the US and the UK.