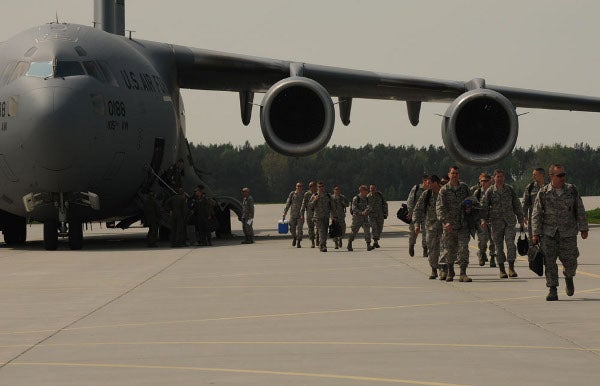 Hosted by the US Aviation Detachment 1, the two-week event involves participation from around 100 airmen assigned to the 115th Fighter Wing, and six F-16 fighters to work on a partnership-building opportunity with the Polish Air Force.

Marking the aviation detachment’s first F-16 fighter rotation and second overall this year, the event will specifically boost skills of US and Polish F-16 pilots as they perform simulated air combat manoeuvres with other aircraft, including MiG-29 and Su-22 fighters.

"It’s a building block approach, so we’ll start out with the basics and increase the tactics as we go through the two weeks; and then we’ll go to doing individual ranges sets where we can see each other – kind of ‘dog fighting’,” Parker added.

Av-Det commander major Matthew Spears said the latest training differs from the first rotation in featuring a fighter asset, instead of an airlift asset, to train with the Polish Air Force.

”It’s this type of training that takes place, having Airmen on the ground interacting day-in-and-day-out that really strengthens that partnership," Spears added.

The first unit that trained at the same base under the Av-Det was a C-130J Super Hercules unit based out of Ramstein Air Base, Germany, while the next rotation featuring an F-16 flying from Aviano Air Base, Italy, is scheduled to arrive in July.