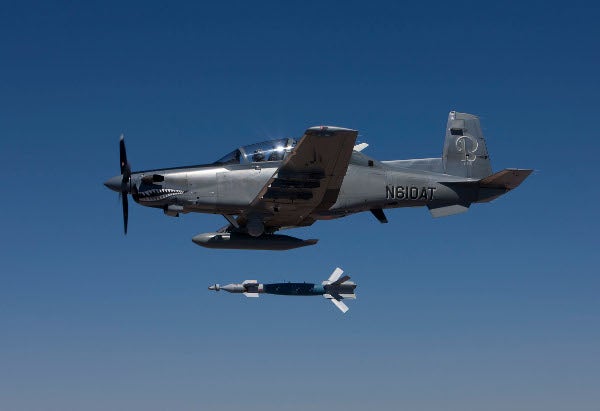 As part of the demonstration, the dual ARC-210 Warrior Radios of the AT-6 were configured, allowing the aircraft to securely and directly communicate with three different joint terminal attack controllers (JTAC) at a time, who were positioned to perform several, realistic combat situations.

The technology is a software-controlled high-frequency radio and is expected to play a key role in military armed reconnaissance by providing digital communication and global positioning services (GPS) in both fixed and mobile configurations.

"Beechcraft’s AT-6 was selected as the first fixed-wing aircraft to perform this demonstration due to its advanced communications and data transfer capabilities."

AT-6 became the first aircraft to use the new technology capability; it has reportedly transmitted and received tactical audio and dynamic position locations with fielded combat ground radios successfully during assessment.

Beechcraft Defense Company president Russ Bartlett said: "Beechcraft’s AT-6 was selected as the first fixed-wing aircraft to perform this demonstration due to its advanced communications and data transfer capabilities, which enables it to perform complex close air support and combat search-and-rescue missions."

At the time of demonstration, the ground forces were carrying PRC-148, PRC-152 and PRC-117 radios, said Beechcraft.