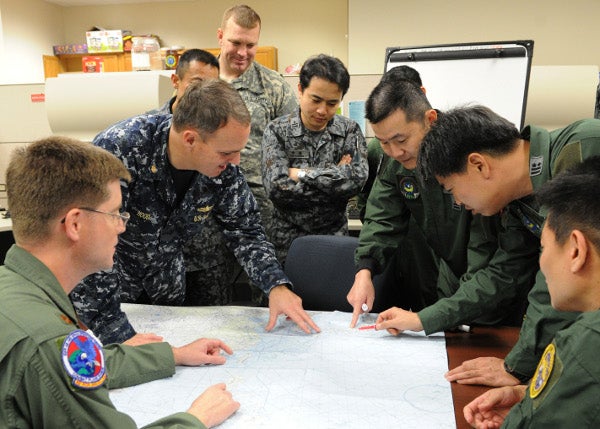 The US Air Force (USAF) has conducted a joint exercise, dubbed Integrated Air and Missile Defense War Game IV, with the Japan Self Defense Forces (JSDF) at Joint Base Pearl Harbor-Hickam in Hawaii, US.

The exercise witnessed participation from nearly 100 air and maritime planners from both militaries.

"During the entire process, we saw that close integration is the key to success in providing for mutual defence in Japan," Pottinger added.

"The exercise witnessed participation from nearly 100 air and maritime planners from both militaries."

A joint bilateral team of military planners from units within the PACAF, US Pacific Fleet and the US Army Pacific worked with Japanese forces, to establish a bilateral understanding and baseline for missile defence in the Pacific region during the planning phase.

Development of a solid foundation for a bilateral defence design represents a successful early step, and should continue to expand and prosper in the future, according to Pottinger.

"We see this as the great beginning to a journey toward a completely bilateral IAMD command and control structure."

The exercise objective is in compliance with the Treaty of Mutual Cooperation and Security signed between Japan and the US in January 1960, and seeks for the respective countries to jointly work to defend against any incoming attack, and also boost economic cooperation.