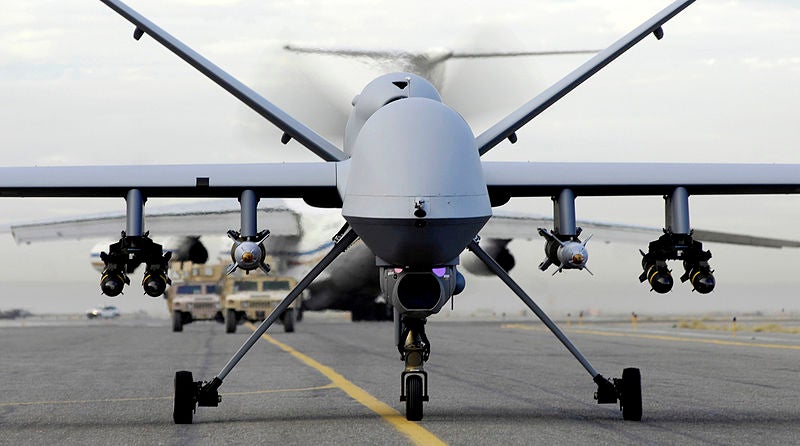 The US is planning to arm Italy’s fleet of MQ-9 Reaper unmanned aircraft systems (UAS) with missiles and bombs, in a bid to protect Italian armed forces from enemy threats in Afghanistan.

The Obama administration is likely to announce the deal within two weeks, following which the US-built drones, operated by Italian air forces, will be equipped with weapons such as laser-guided bombs and Hellfire missiles.

Pentagon spokesman, George Little, said: "Italy is one of our strongest partners and Nato allies, and it’s important for us, for a variety of reasons, to share technologies and capabilities with them for purposes of burden sharing and to enable them to better protect themselves and, by extension, to protect the United States and our other allies."

The move comes amidst concerns over an incident, revealed by a senior Congressional aide, which killed an Italian soldier in a firefight while an unarmed aircraft hovered above, unable to help the troops.

Italy currently operates surveillance drones to protect its troops deployed to Afghanistan and it is likely that around six of them will be armed.

The deal, if finalised, will make Italy the second foreign country next to Britain to fly armed UAVs in Afghanistan.

The proposed sale may also assist the US in reallocating the global military operations burden, especially at a time when the Pentagon’s budget is facing deficit-reduction by requirements.

The MQ-9 Reaper is a medium-to-high altitude UAV primarily designed for reconnaissance and surveillance and uses several kinds of sensors, including a thermal camera, and has six stores pylons that can carry a maximum of 4,600lb of weapons and external fuel tanks.

Future of the Italian Defense Industry – Market Attractiveness, Competitive Landscape and Forecasts to 2021