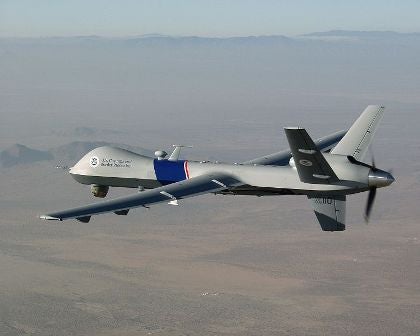 The United Kingdom will receive the next batch of General Atomics Aeronautical Systems Reaper unmanned air vehicles by the end of 2013.

All five of the unmanned air vehicles are expected to complete testing before the end of the year.

UK Defence Minister for equipment Philip Dunne was quoted by Flightglobal as saying that the first three new Reaper aircraft are reaching completion of acceptance testing.

"The remaining two new Reaper aircraft are planned to begin and complete final acceptance testing over the next two months," Dunne said.

"Once the new aircraft have completed acceptance testing, they will be moved to Afghanistan."

The new five air vehicles, which were ordered in 2010, will increase the size of the UK’s Reaper remotely piloted air system.

"Once the new aircraft have completed acceptance testing, they will be moved to Afghanistan."

Royal Air Force’s 13 and 39 squadrons are operating Reaper remotely piloted air system, while the armed type are operated by the service inside Afghanistan since 2007.

In April 2013, the UK Ministry of Defence (MoD) had started command-and-control operations of its MQ-9 Reaper unmanned aerial vehicles (UAV) in Afghanistan from a newly constructed facility at the Royal Air Force (RAF) Waddington in Lincolnshire, UK.

The centre, with three operating terminals, was built in 2012 under the supervision of the UK MoD, as part of the 2010 strategic defence and security review.

The 39 Squadron will not be disbanded and will continue operations until the end of 2014, when all Nato-led coalition forces will pull out from Afghanistan, the officials said.

Image: The United Kingdom will move the Reaper aircraft to Afghanistan after they complete acceptance testing. Photo: file image.