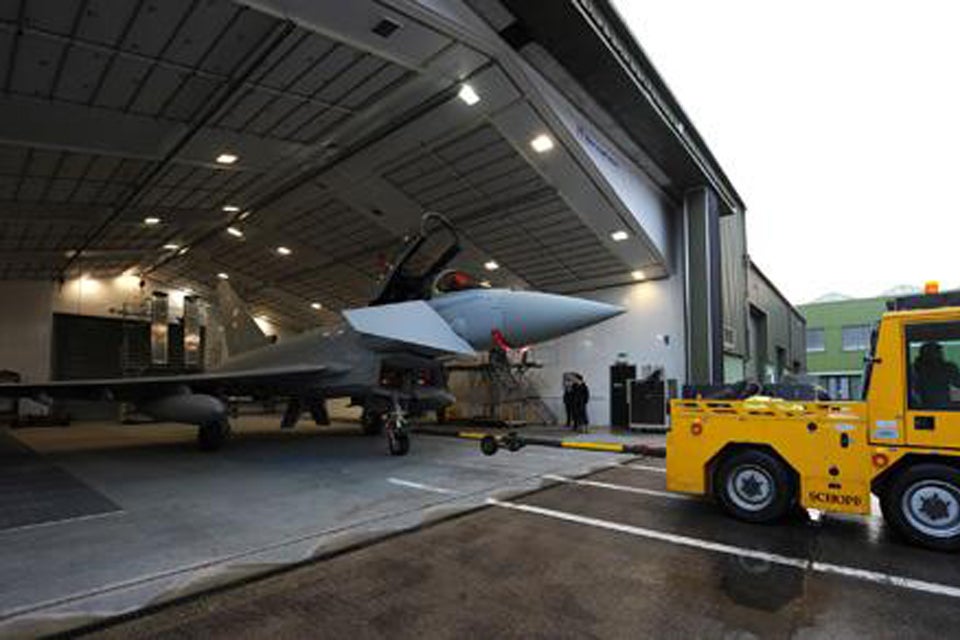 The aircraft is scheduled to be operated by the No 1 (Fighter) Squadron, which was re-formed as the air force’s fourth front line Typhoon squadron at RAF Leuchars in Fife, Scotland, in September 2012.

"The squadron has already begun autonomous operations, and is supporting the Quick Reaction Alert mission here at Leuchars,” Flewin added.

"I have no doubt that this aircraft will be put to good use in supporting the standing task in addition to a busy exercise programme in 2013."

"A total of 170 aircraft have been ordered by the UK Ministry of Defence (MoD) under three tranches."

Built by a consortium of EADS, Alenia Aeronautica and BAE, Typhoon is a twin-engine, canard-delta wing, multirole fighter designed for deployment during air operations, including air policing, peace support and high-intensity conflict missions.

Typhoon is the largest new generation fighter programme in the world, covering serial production of 559 aircraft in three tranches for the air forces of Austria, Italy, Germany, Saudi Arabia, Spain and the UK.

A total of 170 aircraft have been ordered by the UK Ministry of Defence (MoD) under three tranches and the first Typhoon was delivered to RAF No 11 Squadron in August 2007.

The aircraft has been used by the air force in the Falkland Islands, UK Quick Reaction Alert (QRA) North, UK QRA South missions and most recently along with Tornado GR4 fighters to impose a no-fly zone over Libya.

The MoD is also planning to continue investment in the Typhoon programme to help enhance multirole intelligence, surveillance, target acquisition and reconnaissance surveillance capabilities of the Tranche 2 and 3 aircraft.