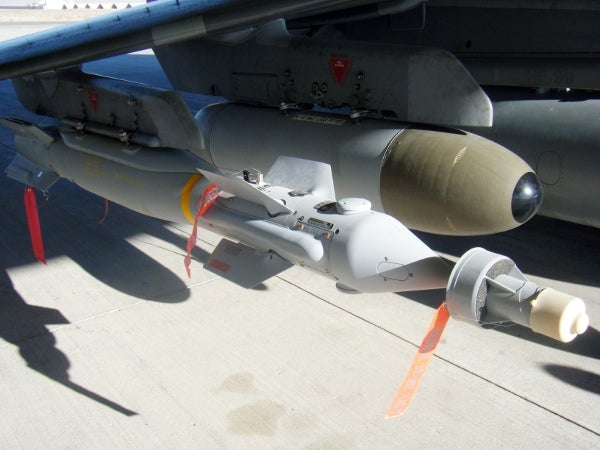 Raytheon UK has received a contract from the UK Ministry of Defence (MoD) to deliver additional Paveway IV precision-guided bombs to the Royal Air Force (RAF).

The munitions, to be delivered under the £25m contract, will be installed aboard the air force’s Tornado GR4 aircraft in Afghanistan and are also scheduled to provide a key capability that will be carried by its Typhoon F2 and F-35 Lightning II joint strike fighter (JSF) aircraft.

”This contract to boost the MOD’s weapon stocks will sustain hundreds of skilled jobs in the defence manufacturing sector in both Scotland and England,” Dunne added.

"By balancing the defence budget, we are able to commit with confidence to equipment programmes which help to safeguard our national security."

Air Staff assistant chief air vice-marshal Baz North said the munition will provide RAF with the ability to operate in any weather and support operations 24/7.

Manufactured by Raytheon, the Paveway IV is a low-cost, dual mode GPS/INS and laser guided bomb designed to provide the aircraft with a 24-hour precision bombing capability to defeat a wide range of general-purpose targets with minimum collateral damage in all-weather conditions.

The cockpit-programmable weapon enables the aircrew to select weapon impact angle, attack direction and fusing mode during a mission, thus providing maximum flexibility for destruction of re-locatable, moving, as well as fixed targets.

Paveway IV has already proven its effectiveness during the RAF’s 2011 air campaign over Libya, and also in Afghanistan.

Around 1,600 Paveway IV bombs have been ordered by the MoD from Raytheon as part of over £100m contracts this year.