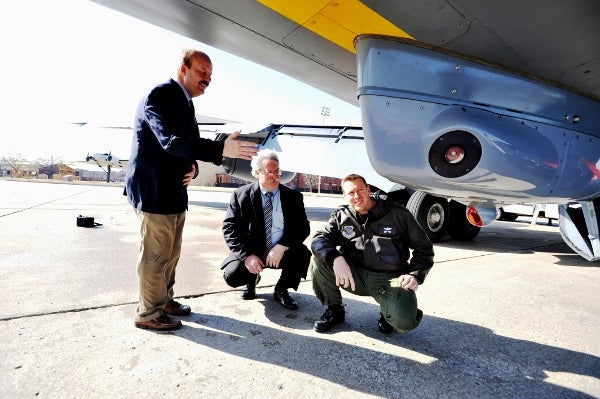 Under the $120m contract, the company will supply a range of support services, including repair, engineering sustainment, logistics and training services to the MoD.

Northrop Grumman Land and Self Protection Systems Division infrared countermeasures vice-president Carl Smith said the company has been collaborating with the MoD to safeguard military aircrews against infrared-guided missiles for the past 20 years.

"With this award, we continue that long-standing relationship and reaffirm our commitment to maintaining a world-class technical support capability in the UK," Smith said.

LAIRCM is a directed infrared (IR) countermeasures system designed to protect large transport and rotary-wing aircraft from IR-guided missile threats by confusing its guidance system without requiring input from the aircrew.

"The company will supply a range of support services, including repair, engineering sustainment, logistics and training services to the MoD."

The system has been mounted or selected for installation on over 700 military aircraft, including 11 British military aircraft, the US Air Force’s C-5B, C-130 Hercules, C-17 Globemaster, MC-130H Talon, and Australia’s A330 tanker and 737 AEW&C aircraft.

Contract work is scheduled to be carried out at the company’s specialist diagnostic and technical support centre in Chester, UK, and at its repair facility in Rolling Meadows, US, over the next five years.