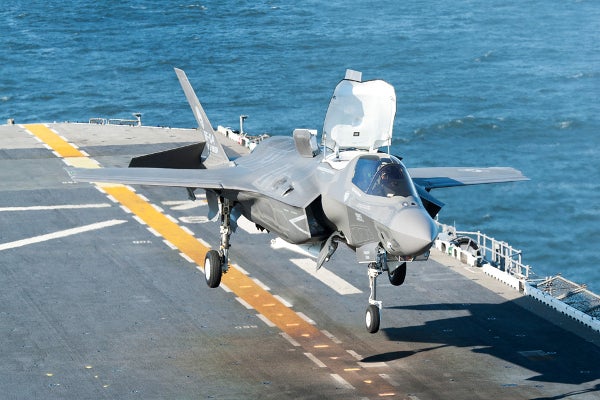 The UK and Norwegian Ministries of Defence (MoD) have agreed for closer cooperation on the future operation of the F-35 Lightning II joint strike fighter (JSF) aircraft in Europe.

The two countries, operating within the wider framework of European F-35 partner nation cooperation, will focus on specific areas within technical maintenance and sustainment, and within pilots and technical personnel training, where a closer relationship can benefit both parties.

The latest move builds on an memorandum of agreement (MoU) signed between the two ministries for closer bi-lateral cooperation in March 2012.

With pooling and sharing of resources and maintenance capabilities forming the core of the support strategy for F-35 operation, the ministries are exploring where further national synergies may exist by encouraging local industry to explore collaborative opportunities for cooperation in support and sustainment of the common F-35 fleet.

UK Defence Equipment, Support and Technology minister Philip Dunne said the coordination and cooperation with like-minded allies, such as Norway, on the JSF programme will deliver many advantages in terms of shared knowledge, best practice and efficiencies.

”The UK looks forward to exploring possibilities for collaboration on our approach to through life support and capability development with Norway over the coming years,” Dunne said.

"The latest move builds on an memorandum of agreement signed between the two ministries for closer bi-lateral cooperation in March 2012."

Norwegian state secretary Eirik-Owre Thorshaug said, ”This will be the first time in nearly 60 years that Norway and the UK will operate a similar type of fighter aircraft, and this naturally opens up new possibilities for cooperation.”

Offering a step change in Britain’s combat air capability and playing a critical role in its ability to project air power worldwide from land and sea, F-35 also represents Norway’s significant investment in defence capabilities for the next four decades, while reflecting its continued strategic focus on the high north.

The Norwegian F-35s will start arriving at Ørland Main Air Station from 2017, while Britain expects to receive the aircraft from 2016 for the first planned UK-based operations from RAF Marham in 2018.

Future of the Norwegian Defense Industry - Market Attractiveness, Competitive Landscape and Forecasts to 2023

Future of the Norwegian Defense Industry - Market Attractiveness, Competitive Landscape and Forecasts to 2022