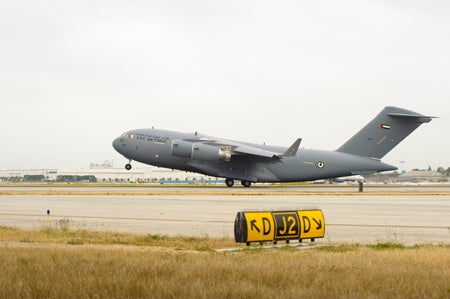 The UAE Air Force and Air Defence has received its sixth and final C-17 Globemaster III heavy-lift transport aircraft under a contract from Boeing earlier this month, at its final assembly facility in Long Beach, US.

The delivery follows a contract secured by Boeing in January 2010, for supply of four C-17s in 2011 and two in 2012, to help modernise the country’s transport capabilities.

The airlifter can also be configured to perform tactical airlifts, medical evacuation and airdrop missions and support humanitarian and disaster relief efforts.

The C-17 aircraft is also operated by the US, Australia, India, Canada and Qatar.