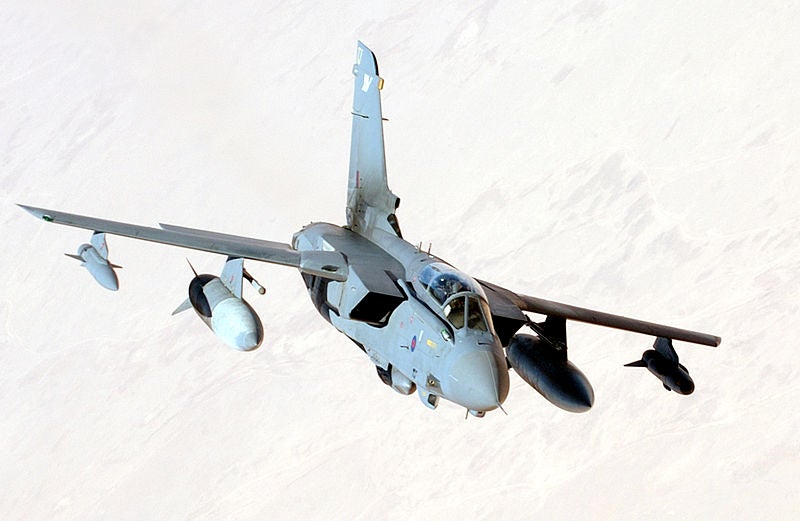 Two Royal Air Force Tornado jets have crashed off the Moray Firth on the north-east coast of Scotland.

A major air and sea rescue operation has been launched to recover the two pilots and navigators aboard each craft, and it is as yet unknown whether the two jets suffered a collision, technical malfunction or ditched into the sea.

The jets are known to fly at low altitudes, but there have been no reports of inclement weather and the surrounding area is flat.

A statement from the UK Ministry of Defence confirmed the incident, adding: "We are investigating the incident and further information will be provided when possible."

An RAF Sea King has been involved in the search and rescue operation, and lifeboats have also been dispatched from the Buckie and Wick stations.

Following their introduction in 1979, Tornado aircraft have been used by the RAF in various conflicts, including recent operations in Iraq, Afghanistan and Libya.

Image: A Royal Air Force Panavia Tornado GR4 fighter during a combat mission in support of Operation Iraqi Freedom. Image courtesy of the US Government