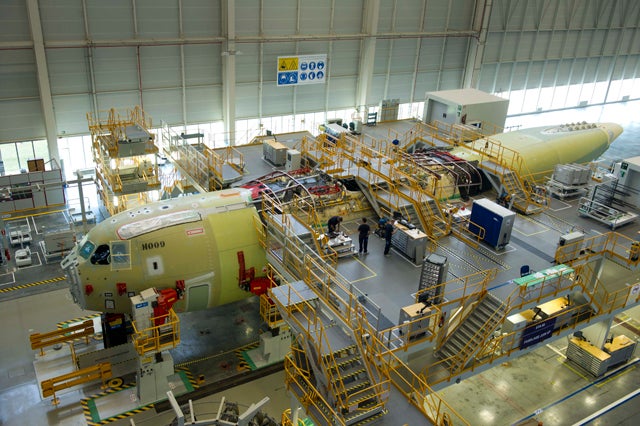 According to Airbus, the integration of wings and central wing-box for the aircraft, designated MSN9, commenced in the middle of May, while the nose and fuselage integration began at the end of June 2012.

The FAL also received the vertical tailplane (VTP) and horizontal tailplane (HTP) on 11 July, which completes the delivery of all components required for integration into the third serial production A400M aircraft.

The Turkish Air Force is scheduled to take delivery of its first aircraft in 2013, as part of a contract signed in May 2003 for the supply of a total of ten airlifters, to help meet its cargo transport requirements.

TAI produces a range of airframe and aircraft systems, such as the forward centre fuselage, rear fuselage components, ailerons, spoilers, lights and water/waste systems, as the industrial partner of the A400M programme in Turkey, which are subsequently delivered to FAL in Spain.

Having a lifting capacity of up to 30t, the Airbus A400M is a multi-national four-engine turboprop military transport aircraft designated as a tactical airlifter with strategic capabilities.

A total of 174 aircraft have been ordered by Belgium, France, Germany, Luxembourg, Spain and the UK, in addition to Turkey to date.