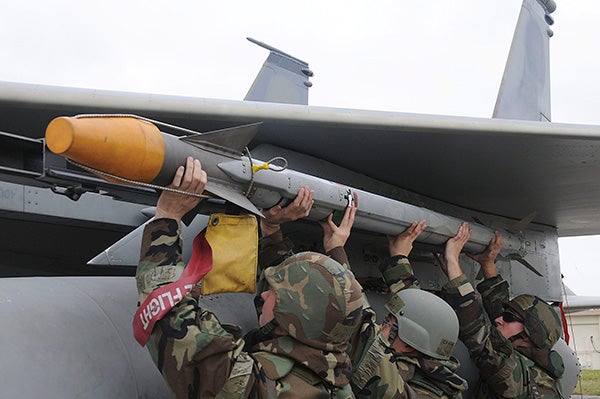 The US Defense Security Cooperation Agency (DSCA) has notified Congress of a potential foreign military sale (FMS) of AIM-9X-2 Sidewinder missiles and related equipment to the Government of Turkey.

The deal will also include containers, missile support and test equipment, provisioning, spare and repair parts, personnel training and training equipment, as well as other associated logistical support services.

The AIM-9X-2 missiles are scheduled to equip the Turkish Air Force’s (TuAF) fighter aircraft in an effort to address the country’s air defence requirements, in addition to boosting its regional security.

As well as helping Turkey to maintain a strong and ready self-defence capability, the potential sale will also enhance the country’s interoperability with the US and other Nato members.

Raytheon Missile Systems will serve as prime contractor for the FMS programme.

Manufactured by Raytheon, the AIM-9X Sidewinder is an infrared short-range, air-to-air missile designed to be primarily carried by fighter aircraft and provides pilots with first-shot, first-kill dominance against wide range of battlefield targets.

Equipped with an agile thrust vector controlled airframe, redesigned fuse and a unidirectional forward-quarter data-link, the 3m-long launch-and-leave missile can be launched by LAU-7 and LAU-12X series launchers, and uses IR energy for target acquisition and tracking in near beyond visual range and within visual range areas.

The missile has primarily been manufactured for the US Air Force (USAF) and navy, and is currently operational with more than 40 countries worldwide.