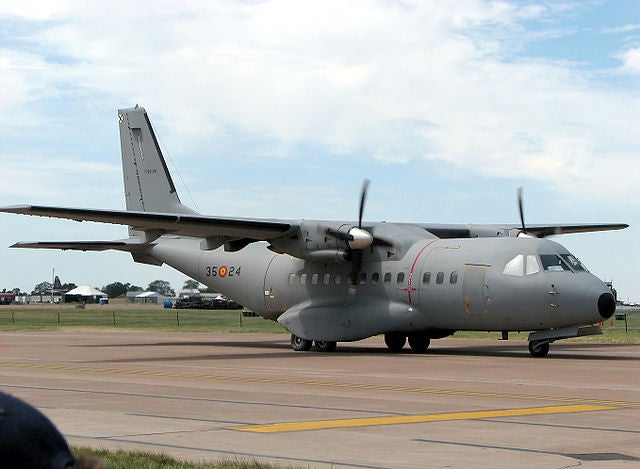 According to Air International, the surplus aircraft was decommissioned by the Botswana Defence Force Air Wing in December 2009, and is expected to fill the operational gap left by the retirement of Togo’s DHC-5 Buffalo short takeoff and landing (STOL) utility transport aircraft fleet.

Jointly developed by EADS CASA and Industri Pesawat Terbang Nusantara, the aircraft is also capable of performing medical evacuation (MEDEVAC), as well as humanitarian relief and rescue missions especially during natural disasters, due to its STOL ability.

Capable of cruising at a maximum speed of 240km/h, the aircraft features updated technologies, systems and a reconfigurable cabin, and is also equipped with a specialised loading system for palletised loads.

Currently operational with 28 nations across the globe including Turkish, Spanish, Irish, Malaysian, Indonesian and the Republic of Korea Air Force, the aircraft was also recently ordered by the Cameroon Air Force.

Botswana acquired two CN235 aircraft in 1988, which were replaced by the new production CN235M-300, featuring advanced avionics suite, and an improved pressurisation and provision for optional twin-nosewheel installation.

Image: A Spanish CN-235M-100 aircraft being displayed at the Royal International Air Tattoo in Gloucestershire, England. Photo: courtesy of Arpingstone.