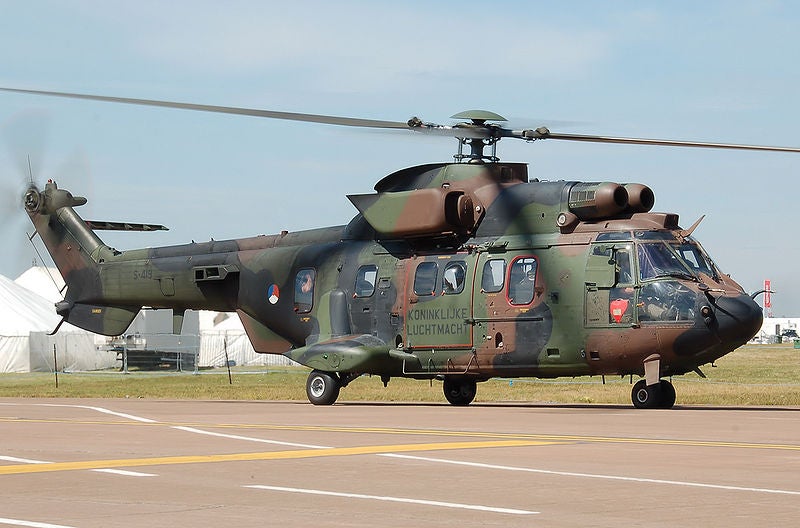 Signed along with other partners including Airborne International and Verebus during the recently concluded 2012 NIDV symposium in Rotterdam, Netherlands, the MoU is expected to provide an integrated and complete service concept to maintain the Dutch Cougar fleet.

Terma Netherlands senior vice president Richard Jones said: "Both Terma and Fokker Services strive for excellence in our solutions, so we look forward to explore the possibilities of cooperating with Fokker Services on the maintenance of Dutch Cougar helicopters."

The maintenance solution will be provided based on the knowledge and skills of the Dutch aerospace cluster in maintenance concepts, composite materials, as well as configuration management domains.

The Netherlands Ministry of Defence (MoD) is currently examining implications and consequences of outsourcing air force’s eight Cougar helicopters fleet sustainment to the industry partners in the wake of budgetary constraints.

Powered by two Turbomeca Makila 1A1 turboshaft engines, the Eurocopter AS532 Cougar is an expanded variant of AS 532 UL/AL helicopter, and is used by RNLAF’s 300 Squadron for troop transport, resupply, medical transport and firefighting missions.

The air force initially had 19 helicopters, nine of which were decommissioned by the Dutch cabinet in May 2011, in an effort to support the government’s initiative to reduce defence spending by €1bn over the next four years.

In additio to participating in the 2001-2002 Stabilisation Force (SFOR) in Bosnia-Herzegovina, the helicopters were also operated by RNLAF in Afghanistan in support of Task Force Uruzgan (TFU) from April 2006 to the middle of 2010.