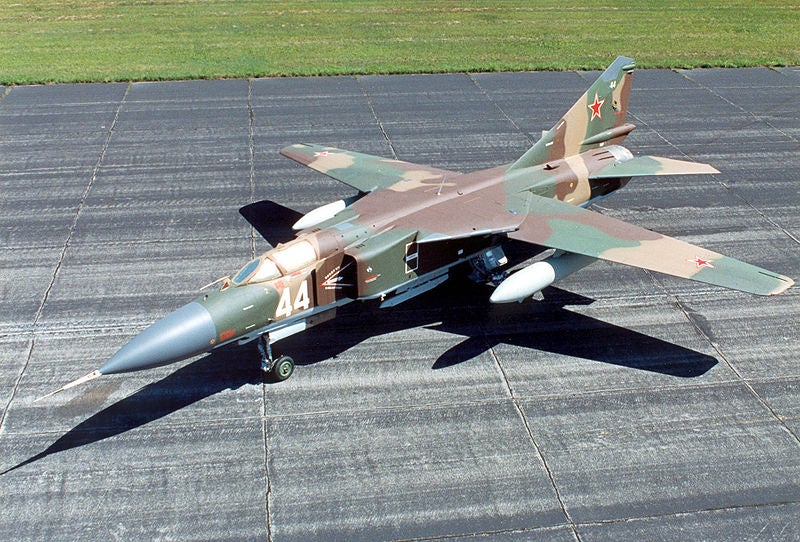 Parts of Syria’s second city of Aleppo have been bombed by fighter jets as the conflict continues to escalate, reports suggest.

The attack, thought to be the first time warplanes have been used in Aleppo and a significant escalation to the ongoing conflict, was originally reported by the BBC, with Al Jazeera further commenting that the bombing was carried out by a Russian-built MiG 23 aircraft.

Syria’s fleet of MiG-23 Flogger Fighter Bombers is one of the largest of the Syrian Air Force, with the nation thought to possess approximately 146 MiG-23s spread across several variants, including the ground-attack MiG-23BN variant.

Attack helicopters have also been spotted circling the city which has seen increasing levels of fighting in recent days as rebels fight to retain control of certain districts. Opposition website Ugarit News has claimed that rebel fighters were able to shoot down one such helicopter.

The escalation comes just a day after Syria, for the first time, admitted to the possession of a stockpile of chemical weapons, vowing not to use them against its own people. The admission resulted in widespread condemnation from the international community and attacks from politicians including US President Barack Obama and UK Foreign Secretary William Hague.

It has also been alleged that Syria is using Iranian surveillance drones, with the specialist Open Source GEOINT site claiming to have spotted two such drones at Shayrat airfield in Homs.

Image: Syria is thought to possess around 146 MiG-23 aircraft, allegedly used in the bombing of Aleppo. Image courtesy of the US Air Force.