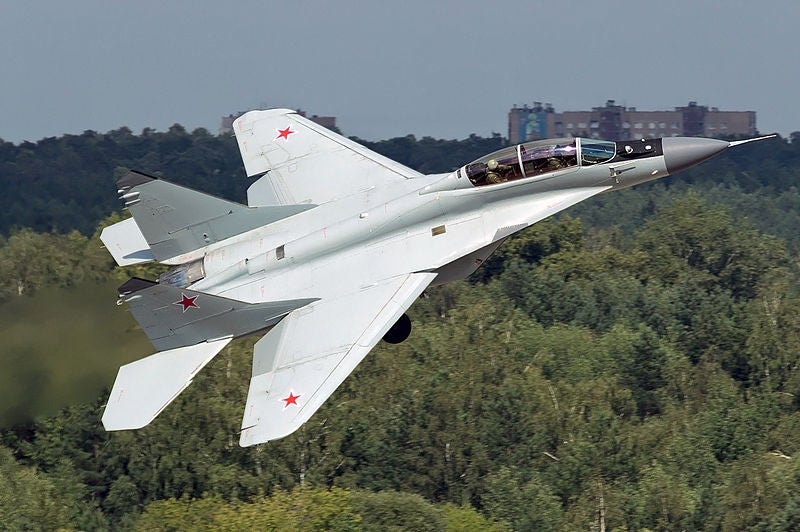 The Syrian Air Force is planning to renew a contract for the acquisition of MiG-29M/M2 Fulcrum fighter jets from Russia, MiG director general Sergei Korotkov has revealed.

Korotkov was quoted by RIA Novosti as saying that the move follows forthcoming expiration of a European Union (EU) ban on weapons sales to the country.

”A Syrian delegation is currently in Moscow. We’re discussing details and timeframe of a possible contract,” Korotkov noted without providing any information on the number of aircraft being procured and the delivery schedule.

However, according to local media reports, the contract, which comes amidst escalating international criticism of Moscow’s previous arms contract with Syria, includes the supply of more than ten MiG-29 fighter aircraft.

An MiG spokesman refused to comment on Korotkov’s statement.

Damascus already signed a contract with MiG to procure 24 MiG-29MM fighters in 2007, but the deliveries were put on hold due to the onset of civil war in the country in 2011, reported RIA Novosti, citing an unnamed MiG representative.

Powered by two RD-33 turbofan engines, the aircraft has been developed in several variants, such as Mikoyan MiG-29M and naval variant Mikoyan MiG-29K, and can be also be modified to use a broad spectrum of air-to-surface armaments and precision munitions.

A total of 19 aircraft were operational with Syrian Air Force as of January 2011, in addition to the air forces of Algeria, Bangladesh, Belarus, Germany, Hungary, India, Iran, Kazakhstan, Malaysia, North Korea, Poland, Ukraine and Russia, among others.