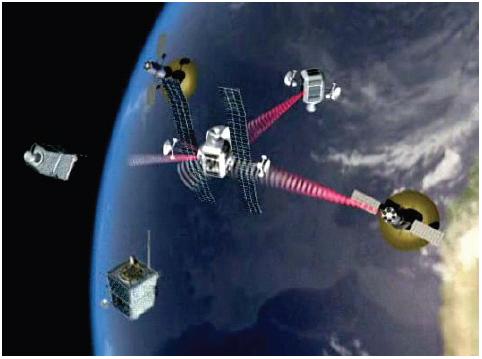 Representing a core element of the open source F6 Developers Kit (FDK), which enables any satellite to take part in an F6-enabled cluster, the K-band radio system will serve as the flight low-rate crosslink wireless communications platform for the programme.

”System F6 is truly a game-changing paradigm for space missions that has broad applicability across not only national security programs, but also traditional scientific missions in which mission durability, reconfigurability, distributed measurements and expandability are enabling technologies,” Tapley added.

Equipped with a continuously active communications channel with guaranteed availability and latency through a time division multiple access protocol, the radio offers a secure, robust and flexible solution for a wide range of mission communications requirements.

The radio also features a unique core architecture, which is capable of accommodating a continuous data link among the cluster members, in addition to supporting inclusion of third-party, point-to-point and high-rate data links.

The System F6 programme is aimed at development of fractionated satellites, a cluster of smaller, wirelessly interconnected spacecraft to replace the legacy monolithic military satellites, in an effort to improve adaptability and survivability of the space systems.

The programme is scheduled to conclude with an on-orbit demonstration during 2015-2016.

Image: An artist’s depiction of a fractionated spacecraft. Photo: courtesy of Carnotcournot.

The Military GPS/GNSS Market in the United Arab Emirates to 2023: Market Brief