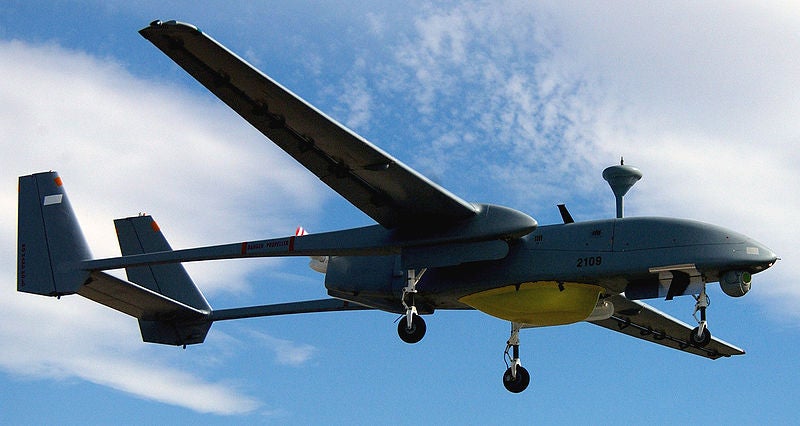 The two drones were short-listed by Armasuisse,after 11 potential systems were evaluated for the programme in May 2012.

The final selection is anticipated in the first half of 2014, and the purchase will be included in the 2015 Armaments Plan.

Built by IAI, Heron 1 is a MALE UAV system designed primarily to conduct all-weather day-and-night intelligence, surveillance and reconnaissance (ISR) missions for a duration of up to 52 hours.

Heron 1 is currently in use with the Israeli, German, Turkish and Indian air forces.

Derived from Elbit’s combat proven Hermes 450, the Hermes 900 is an advanced, highly versatile UAS intended for conducting MALE tactical missions, such as reconnaissance, surveillance and communications at a maximum altitude of 30,000ft.

Weighing 970kg, the UAS has an endurance of over 30 hours, and can also be configured to perform area dominance, persistent intelligence, surveillance, target acquisition and reconnaissance (ISTAR) operations.

Image: A Heron 1 UAV during flight at Naval Air Station in Nevada, US. Photo: courtesy of SSGT REYNALDO RAMON, USAF.