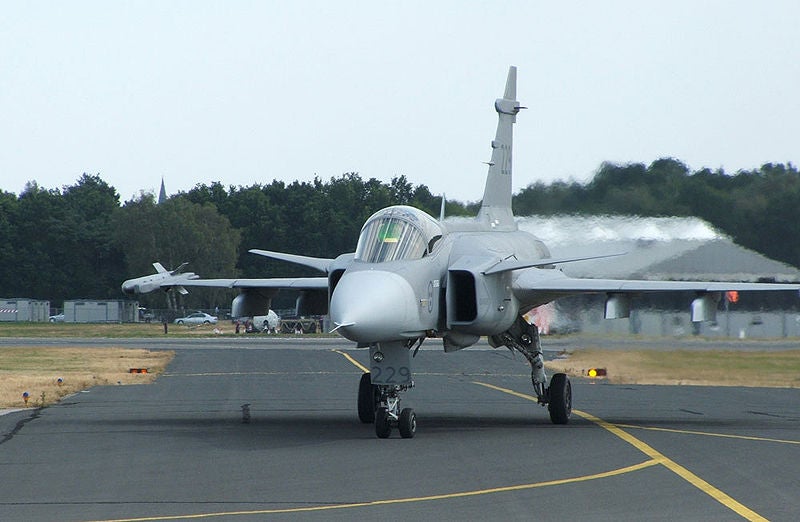 The new Skr330m ($49.3m) award forms part of an initial SKr3.6bn ($520m) contract secured by the company in June 2012 to deliver performance-based support and maintenance solutions, logistics and associated ground resources for the operation of the fighter in Sweden, the Czech Republic, Hungary and Thailand.

With contract options worth an additional Skr2bn running until December 2016, the order also involves the supply of a Gripen development package (MS20), as well as studies and definition activities for further enhancements to the aircraft.

Under the new contract, the company will perform support and maintenance activities, such as repairs and technical publications, which are critical for the fighter’s flying operations, throughout 2013.

Additional responsibilities include the delivery of logistical services and technical support for the air, land, sea and command and control systems.

Intended to replace the Swedish Air Force’s Viggen and Draken combat aircraft, the fighter features delta wings and canards, relaxed stability design and fly-by-wire technology, and is capable of travelling at a maximum speed of Mach 2.

The aircraft first entered into operational service with the air force in 1997, which currently operates a fleet of 180 Gripens for reconnaissance operations.

Work under the contract is scheduled to take place at the company’s facilities in Linkoping, Arboga, Jarfalla, Goteborg, Vaxjo and Ostersund, Sweden.