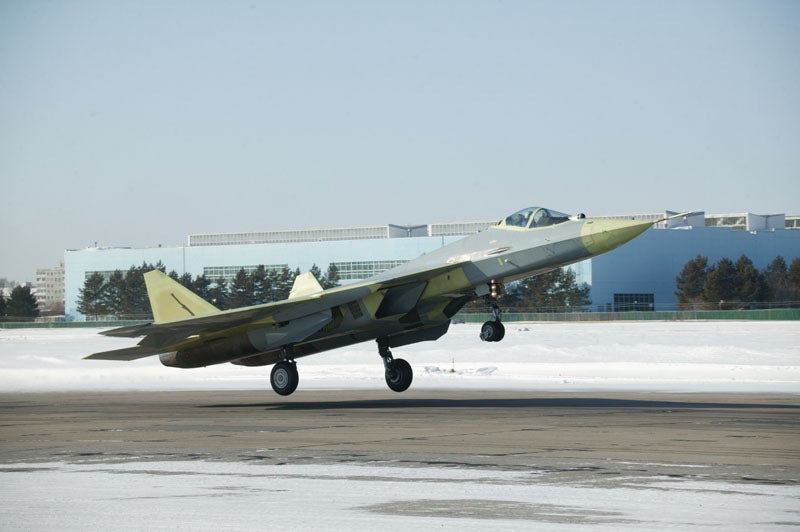 During the trials, the second T-50-2 prototype, along with a Su-25UB trainer/strike aircraft, successfully approached an Il-78 refuelling tanker, reports RIA Novosti.

As part of a wide range of flight trials, the T-50-2 is currently being tested for its flight envelope under regimes such as subsonic and supersonic as well as in various configurations.

Equipped with radar-evading stealth technology, the multirole fighter aircraft is designed to conduct supersonic flights at speeds of over 2,000km/h and participate in in-flight refuelling missions.

Currently, the first T-50-1 prototype is being readied for flight trials at "super-critical angles of attack and super-manoeuvrability", while the third T-50 prototype has recently demonstrated performance of its new onboard X-band active phased array radar system.

The aircraft is expected to enter operational service with the air force in 2015 as the country’s first new military aircraft since the fall of the Soviet Union.