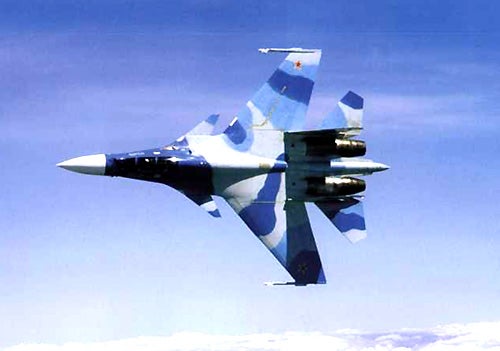 Under the $100m contract, Sukhoi will provide technical maintenance as well as spare parts for a total of 18 Su-30MKM fighter aircraft for the RMAF.

Meanwhile, RMAF chief general Tan Sri Rodzali Daud said that the country is planning to upgrade its weaponry system including laser-guided weapons and global positioning systems of its aircraft.

The RMAF may seek to modernise the Sukhoi SU-30MKM aircraft and training programmes for its pilots with the Russian Air Force.

Speaking at the Langkawi International Maritime and Aerospace (LIMA-2013) exhibition in Malaysia, Daud said: "Due to the Lahad Datu incident, there is the urgency to upgrade our weaponry to carry out precision attacks and bombings."

"Sukhoi will provide technical maintenance as well as spare parts for a total of 18 Su-30MKM fighter aircraft for the RMAF."

Currently, the RMAF operates 18 Su-30MKM Flanker fighters, which were delivered as part of a $900m agreement signed in 2003 to replace its Northrop Grumman-built F-5E Tiger II light supersonic fighter aircraft.

The air force is also expected to receive four Airbus A400M aircraft by January 2015, as part of a contract signed with Airbus Military in 2005.

The A400M airlifter aircraft will be used by the RMAF to conduct tactical airlifts, long-range strategic logistic airlifts and air-to-air refuelling missions.