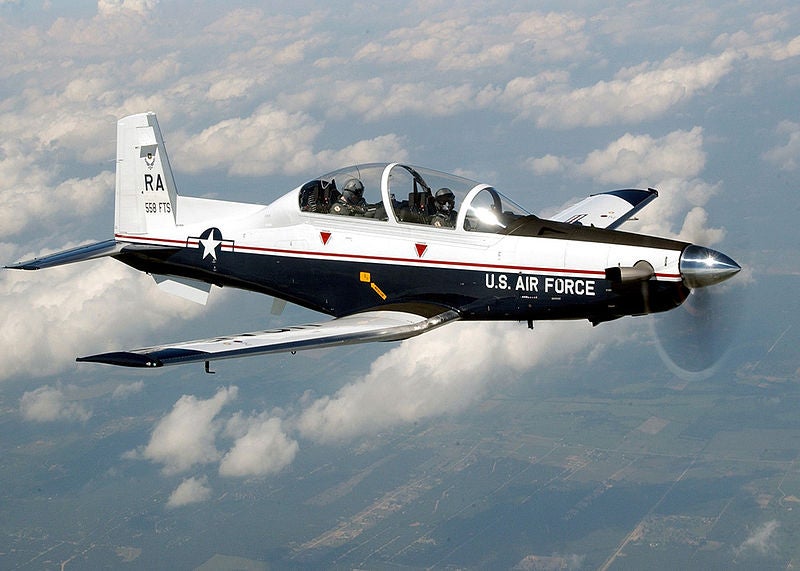 StandardAero has been awarded a contract to provide maintenance repair and overhaul (MRO) services for the Pratt & Whitney Canada (P&WC) PT6A-68 engine that powers the US Air Force (USAF) and Navy’s T-6 trainer aircraft fleet. The $97m contract was awarded by Dyncorp International, which serves as the prime contractor to the joint primary aircraft training system (JPATS) Program Office for the T-6 A/B contractor operated and maintained base supply (COMBS) contract. Under the indefinite delivery, indefinite quantity (IDIQ) contract, StandardAero will repair and overhaul approximately 30 to 40 PT6A-68 engines a year, until October 2017.

StandardAero Turboprops and Fleets vice-president and general manager Alain Berube said the contract expands the company’s presence within the US Government and military marketplaces.

”We have already expanded our facility capacity to provide support to this contract six days per week with extended hours,” Berube said.

"Under the indefinite delivery, indefinite quantity contract, StandardAero will repair and overhaul approximately 30 to 40 PT6A-68 engines a year, until October 2017."

StandardAero has recently opened a test cell in Winnipeg, Manitoba, Canada, with an investment of more than $2.5m to expand its turboprop engine test capabilities, component repair and tooling for the PT6A-68 engines. The company has also been designated by P&WC as a designated distributor and overhaul facility (DDOF) for the PT6A-68, -68B and -68C that enables it to bid on additional MRO services for Beechcraft, T-6 Texan II, Pilatus, PC-21 military trainers, as well as the Embraer, EMB 314 Super Tucano aircraft in use worldwide. Received by Dyncorp in January 2012, the competitively-awarded, firm-fixed-price T-6 COMBS contract has four one-year options and a maximum potential value of $432m, if all options are exercised.  Manufactured by Beechcraft, the T-6 is used by the USAF for basic pilot training and by the navy for primary and intermediate joint naval flight officer (NFO) and air force combat systems officer (CSO) training.