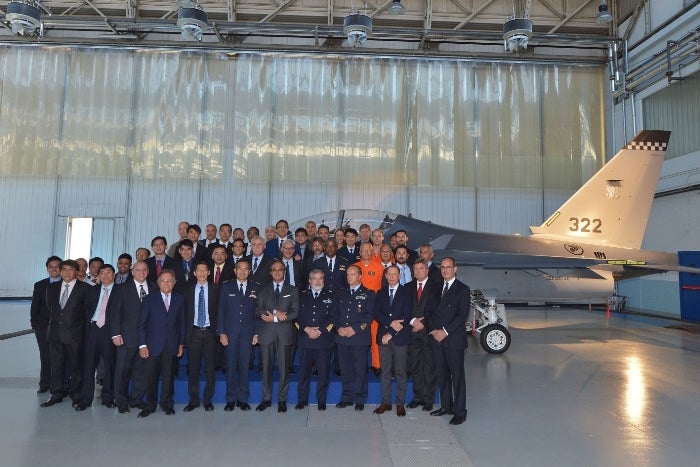 Chang Cheow Teck, ST Aerospace president, said: "The successful rollout of the first M-346 illustrates the firm commitment by ST Aerospace and Alenia Aermacchi, in support of the RSAF’s next generation training needs."

A total of 12 M-346 aircraft and ground-based training systems were ordered by Singapore in September 2010, from a consortium of ST Aerospace, Alenia Aermacchi and Boeing, as part of RSAF’s Advanced Jet Trainer (AJT) programme.

Serving as the prime contractor, ST Aerospace is responsible for overall management of the programme, while the aircraft and full-mission simulators are supplied by Alenia and Boeing respectively.

Deliveries of the M-346 are scheduled to start this year, and the aircraft is expected to replace the RSAF’s A-4SU Super Skyhawk fleet, used by the AJT training programme in Cazaux, France.