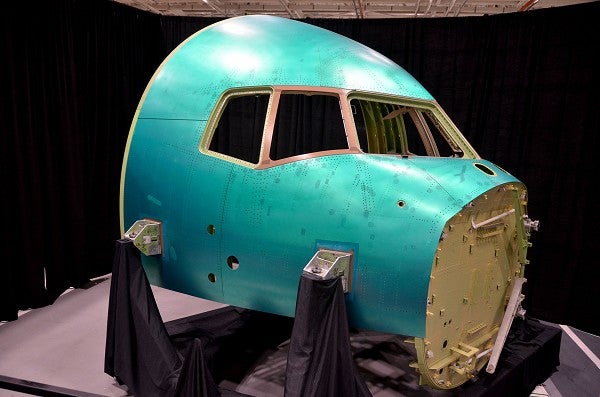 Designated as Section 41, the section was rolled out during a ceremony at the company’s facility in Wichita, Kansas, US, and is scheduled to be transferred to KC-46A’s prime contractor, Boeing’s Everett facility in Washington, for assembly the next week.

Selected as KC-46 programme supplier in June 2011, Spirit is responsible for the production of the forward fuselage section, strut and nacelle components, as well as the fixed leading edge for the tanker.

Spirit AeroSystems KC-46 programme director Kris Atcheson said: "Our integrated product team has been working for several years to design the next-generation tanker utilising the latest design and manufacturing techniques to ensure the highest quality, performance and safety for Boeing and its end-user customer in the air force."

"Spirit is responsible for the production of the forward fuselage section, strut and nacelle components, as well as the fixed leading edge for the tanker."

Boeing vice-president and KC-46 Tanker programme manager Maureen Dougherty said the KC-46A suppliers continue to drive the successful execution of the tanker development programme, keeping the company on track to deliver the aircraft on schedule to the nation’s warfighter.

Developed from Boeing’s 767-200ER, KC-46A is a military aerial refuelling and strategic transport aircraft, designed to replace the USAF’s ageing KC-135 Stratotankers fleet, which has served as its primary refuelling aircraft for more than 50 years.

Initial test flight of the fully-equipped KC-46 in support of the engineering and manufacturing development (EMD) activities is planned for early 2015.