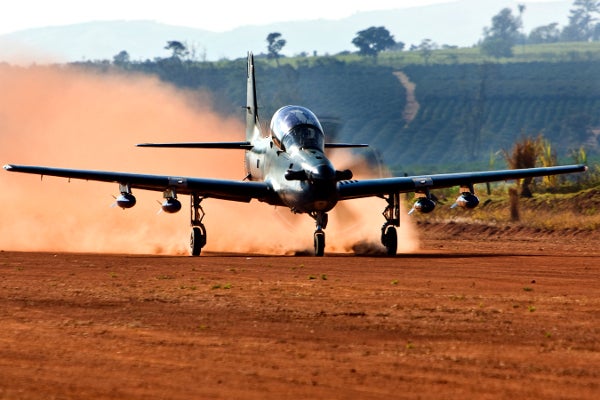 Sierra Nevada Corporation (SNC) and Embraer Defense and Security have been reselected by the US Air Force (USAF) for its controversial Light Air Support (LAS) contract, drawing an end to a comprehensive rebidding process.

The team’s A-29 Super Tucano aircraft was once again deemed by the USAF to be the superior choice for the contract, which aims to provide the Afghanistan Air Force (AAF) with a low-cost, non-developmental solution to address its security requirements.

Under the initial $427.5m contract, the team will supply a total of 20 A-29 Super Tucanos, along with associated maintenance and training support to the AAF, as part of the US’s enduring support to the country following withdrawal at the end of 2014.

"The A-29 Super Tucano with its proven track record is exactly what’s needed for the LAS program where the mission is critical and time is short," Gilbert added.

Embraer Aircraft president Gary Spulak said: "We are glad to provide the US Government with the best aircraft for the LAS programme and to aid American warfighters and partners with a cost-effective solution."

The aircraft are expected to be used by AAF for conducting advanced flight training, surveillance, close air support or ground troops and air interdiction missions.

The team had already secured the LAS contract by beating Hawker Beechcraft in December 2011, but the deal was scrapped shortly after Hawker filed a lawsuit in the US Court of Federal Claims citing concerns over procurement process.

Manufacturing work is scheduled to be conducted at Embraer’s production facility at Jacksonville International Airport in Florida, US, with deliveries starting in the summer of 2014.