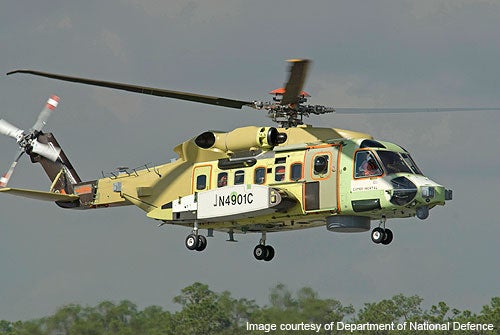 The Canadian Press quoted a high-level defence source as saying: "Sikorsky is only committing to deliver five by this year, which will be training aircraft."

The delayed delivery will result in the US manufacturer paying a fine of $80m to DND for failing to deliver a "fully mission capable" version of the CH-148 helicopter by June in addition to the $8m fine imposed by the federal government due to programme delays.

The estimated additional $80m fine will be deducted from future payments by the government for maintenance on the helicopter fleet.

According to the senior defence officials, the company is currently conducting safety certification of the aircraft making the delivery highly unlikely, even though the programme is years behind the original schedule.

Sikorsky was originally scheduled to deliver the first helicopter in 2008 followed by completion of 28 deliveries by the end of 2011 under $5bn Canadian Forces’ Maritime Helicopter Project (MHP) contract signed in 2004.

Due to constant delays, Sikorsky was asked to supply 15 scaled-down CH-147-F helicopters which could be refurbished later to enable aircrew training, but only one helicopter was delivered in late 2011, forcing the government to inflict an $8m fine.

The CH-148 will be operated by the Canadian Forces Air Command to conduct anti-submarine warfare (ASW), anti-surface warfare, surveillance and control, search and rescue (SAR) missions and also to provide tactical transport for national and international security missions.