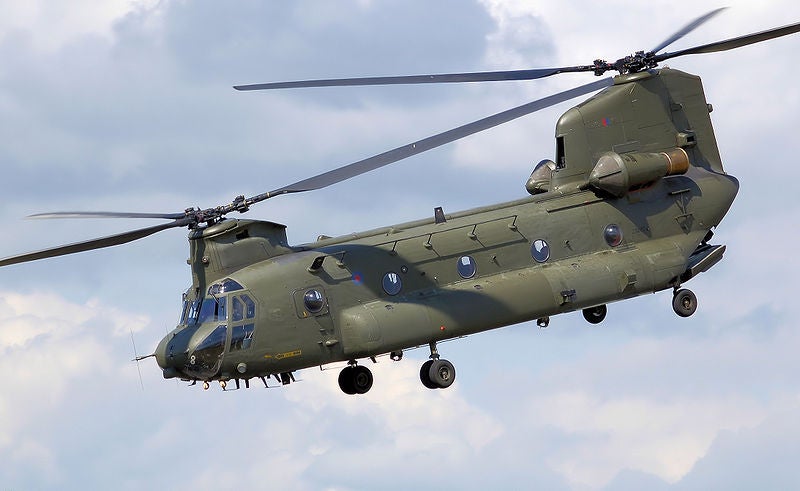 Selex Galileo has received a contract from the UK Ministry of Defence (MoD) for the supply of Titan 385ES-HD electro-optic turrets for the Royal Air Force’s (RAF) fleet of CH-47 Chinook HC2/2A transport helicopters.

The €13.1m award follows a previous £10m contract secured by the company in November 2009, for the delivery of 21 turrets and upgrades to four in-service Titan 385-ES systems to the high-definition (HD) configuration.

Under the new contract, the company will supply a total of 20 turrets along with a spares package to help enhance the capabilities of the RAF’s existing Chinook fleet as well as the new Mk.6 Chinooks, scheduled to enter operational service in 2016.

Fitted with an embedded auto-tracker, Titan 385ES is capable of operating on any of the imaging sensor channels, and also includes other sensors in the electro-optic payload that enhance the Chinook fleet’s capabilities during current operations.

Deliveries under the contract are scheduled to run through 2012 and 2013.

The RAF Chinook HC2 is a tandem rotor helicopter, designed to provide heavy-lift support and transport across all branches of the British Armed Forces.

The helicopters have been widely used by the RAF in support of British military engagements, including the Falklands war, peace-keeping commitments in the Balkans, as well as for wars in the Iraq and Afghanistan.