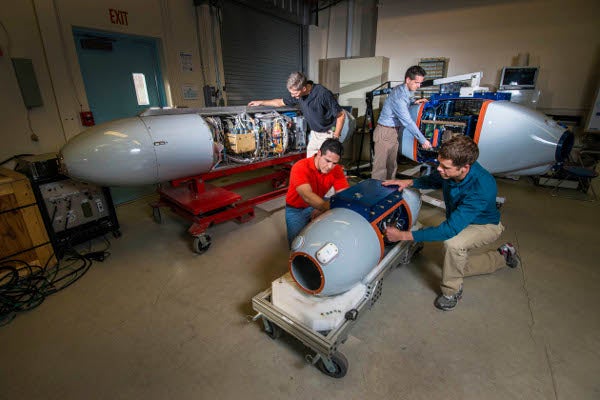 Sandia National Laboratories has developed and demonstrated a new unmanned aerial vehicle (UAV), Harvester, designed to rapidly collect airborne radioactive particles for analysing the origins of nuclear bombs for the US Air Force.

As part of a formal Department of Defense (DoD) Joint Capability Technology Demonstration, the airborne particulate-collection system has already undergone testing at the Grand Forks Air Force Base in Grand Forks, North Dakota, US.

During the demonstration, the UAV successfully collected and identified naturally occurring radioisotopes of lead and bismuth produced from the radioactive decay of atmospheric radon using its pods, while providing a uniform measure for debris distribution.

The air force is expected to include the aircraft, which is equipped with three pods, additional hardware, software and ground-control equipment, in the next few years.

Sandia project lead Joe Sanders said that the Harvester platform is scheduled to enter service with the air force in 2014 to augment its current manned aircraft collection capability.

"For maximum responsiveness, we continually engaged with the air force to address its technological and operational needs throughout the project," Sanders added.

Developed with support from the Albuquerque office of National Technical Systems, the Harvester system’s early research and development phase was funded by the National Nuclear Security Administration’s Office of Nonproliferation Research and Development.