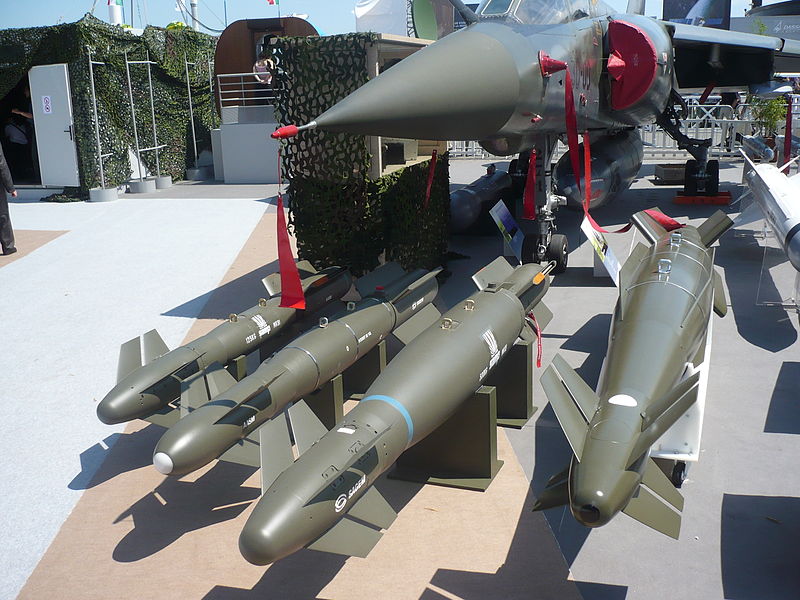 Sagem’s Hammer air-to-ground guided weapon with laser terminal guidance, the SBU-64 Hammer, has been successfully tested by the French defence procurement agency DGA at the Cazaux air base, France.

The first qualification firing test was carried out from a production Rafale fighter, during which AASM Hammer’s guidance was intentionally initialised by offsetting the target’s GPS coordinates.

During the last few seconds of the weapon’s flight, an airborne illuminator was activated to illuminate the target.

The AASM made use of its navigation, laser spot detection and terminal guidance algorithms to position itself to a glide slope of 20° and made its way to hit the target, a bridge pier located more than 50km from the release point.

A laser terminal guidance version of the AASM Hammer modular air-to-ground weapon, the missile has been developed and manufactured by Sagem, with DGA serving as the contracting authority.

Also available in two other versions, GPS/inertial and GPS/inertial/infrared, the SBU-64 features a semi-active laser seeker instead of the infrared imager and has dedicated terminal guidance algorithms, which activate during the terminal phase.

The weapon can be used to engage moving threats and cruise missiles and is capable of quickly neutralising opportunity targets as well as enemy air defences at a standoff distance during the day or at night, according to Sagem.

The weapon will be delivered to the French armed forces from the end of 2012, under a contract for the production of several hundred units.

Image: The AASM family of missiles. Photo: courtesy of Wikipedia.