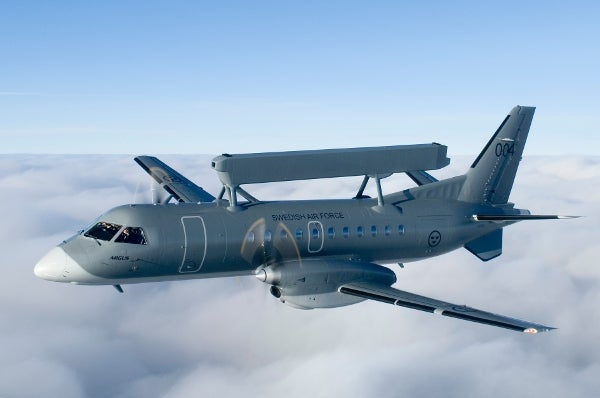 Under the terms of the SKr125m ($17.4m) contract, the company will provide technical support, as well as research and development for the Erieye/ASC890 sensor and command and control (C2) system.

According to Saab, the sensor and command and control system will provide air force personnel with access to a detailed situational awareness, which can be utilised for conducting border surveillance, rescue operations and for tackling terrorism and organised crime.

Based on the active phased-array pulse-Doppler radar, the Erieye is a high-performance, long-range AEW&C system designed to detect and automatically track both air and sea targets including cruise missiles and jet-skis, located at ranges of up to 450km in hostile electronic warfare environments.

The system is equipped with a suite of sensors, C2 and communications systems, and is capable of transmitting an onboard operator architecture or downlink data through an associated datalink subsystem to a ground-based air defence network.

Fully interoperable with Nato air defence command and control systems, the system has been installed aboard the variety of aircraft platforms, such as the Embraer EMB-145 aircraft, used by Brazil, Mexico and Greece and Saab 2000 aircraft, intended for Pakistan.