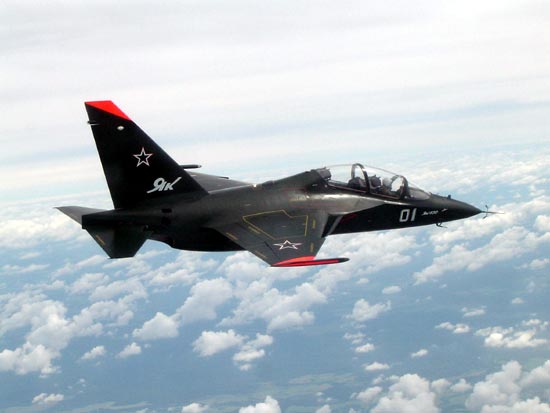 The aircraft were delivered to the Air Force Training Centre, located in Borisoglebsk, Voronezh Region, Russia, and will support Russia’s pilot training programmes.

The delivery forms part of an undisclosed contract signed between the company and Russian Ministry of Defence (MoD) in December 2011 for delivery of 55 Yak-130 jets by 2015.

An initial batch of six Yak-130 combat jets was received by the air force following an extensive flight testing programme in October 2012.

Developed by Yakovlev design bureau, the Yak-130 is a subsonic, twin engine advanced jet trainer and light attack aircraft designed to provide basic and advanced training to pilots in flying fourth and fifth-generation fighter aircraft, such as Sukhoi T-50.

Capable of carrying a combat load of 3,000kg, the aircraft can also conduct light-attack and reconnaissance missions at subsonic speeds of 600mph, in all weather conditions.

The aircraft also includes a head-up-display (HUD), and a helmet-mounted-sighting-system (HMSS).

The aircraft entered operational service with the Russian air force in July 2009, and has also been ordered by the air forces of Algeria, Libya, Syria and Vietnam.

Russia is planning to acquire a total of 65 aircraft before 2020 as part of its state arms programme.

Image: a Yakovlev Yak-130 trainer aircraft during a flight.