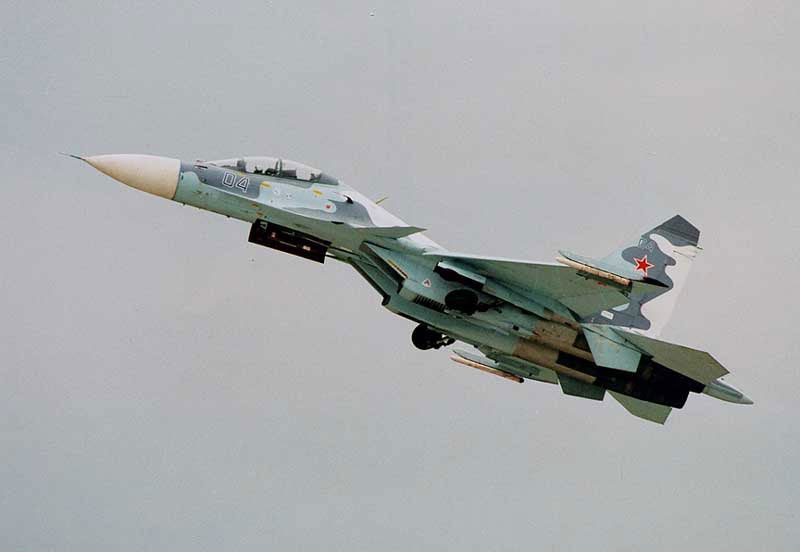 The Russian Air Force has taken delivery of the first two Su-30SM fighter jets from Irkut at its aviation plant in Irkutsk, Russia.

The delivery forms part of a $3.3bn contract awarded by the Russian Defence Ministry under the 2011-2020 state arms programme for the supply of 30 fighters to help enhance the air force’s combat effectiveness.

The Air Force’s Gagarin and Zhukovsky training academy commander major general, Alexander Karchevsky, said the aircraft is currently under series production and will be supplied to the air force in squadrons instead of units.

The aircraft were initially flight tested by Sukhoi Design Bureau at the Irkutsk Aviation Plant airfield on 21 and 25 September 2012.

Piloted by Sukhoi test-pilots, the multi-role fighters performed flawlessly during both sorties, which lasted for two hours and one hour 40 minutes respectively.

Designed by Sukhoi as a further development of the thrust-vectoring Su-30MK combat aircraft family, the Su-30SM is a multirole fighter aircraft designed to conduct a wide range of air-to-air and air-to-ground missions.

The Su-30SM will also be capable of carrying the Onix supersonic anti-ship and land attack missile, which is an all-Russian variant of the BrahMos cruise missile currently being developed in collaboration with India, as reported earlier by Flight Global.

Remaining aircraft deliveries under the contract are scheduled to complete by 2015.