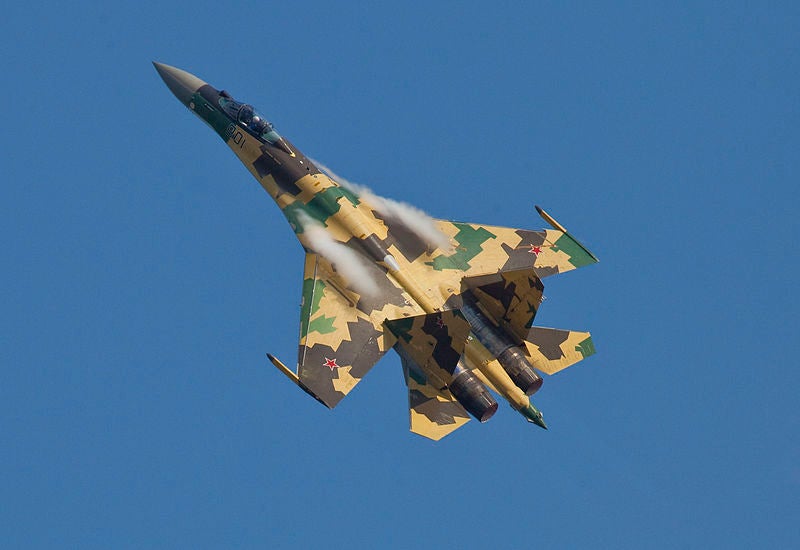 Russia and China are expected to sign a contract for supply of the Su-35 fighter aircraft to the People’s Republic of China Air Force in 2014, Rosoboron export deputy head Viktor Komardin has revealed.

Komardin was quoted by RIA Novosti as saying that the negotiations are currently underway regarding the aircraft’s technical outlook, but the contract is unlikely to be sealed before the year’s end.

”The signing will most likely take place next year,” Komardin said.

Without disclosing the number of fighters intended to be acquired by China, Komardin also noted that the country is also interested in procuring ordnance for the aircraft.

”There will definitely be integral weapons, but we’ll be discussing external weapons,” Komardin said.

”They want new types of weapons that we have, including from the [Moscow region-based] tactical missiles corporation. But that’ll be a separate deal.”

China had started discussions regarding the Su-35 purchase in 2010, but the talks were however stalled last year, according to the news agency.

An upgraded variant of the Su-27M Flanker, the Su-35 is a fourth-generation fighter featuring improved airframe and an integrated control system that can simultaneously perform functions of several systems, thereby enhancing the aircraft’s handling capability and manoeuvrability.

"The single-seat aircraft was first unveiled at the 2007 MAKS air show in Russia."

Unlike its predecessor, the aircraft is powered by two Saturn 117S engines, and is fitted with a new suite of onboard instruments, including an information management system (IMS), a new cockpit instrumentation suite comprising two full-colour multi-function liquid crystal displays, multi-function panel with a built-in display processor, a wide-angle collimatory display and a control and indication panel.

Designed by Sukhoi and manufactured by Komsomolsk-on-Amur Aircraft Production Association (KnAAPO), the single-seat aircraft was first unveiled at the 2007 MAKS air show in Russia.

The Military Simulation and Virtual Training Market in China to 2025: Market Brief