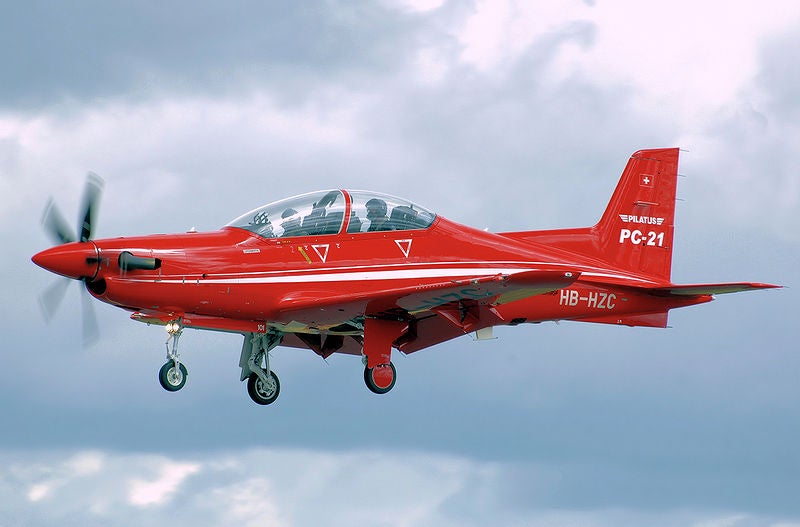 The aircraft will be purchased as part of a broader package deal, currently being discussed with BAE Systems, which includes restart of Hawk T128/T2 advanced jet trainer aircraft production, reports Flight Global.

The contract for the PC-21s and Hawks is expected to be finalised in less than two months, with BAE serving as the prime contractor for both deals.

BAE, however, has refused to comment on the deal, which is expected to enable the two companies to tighten their grip on RSAF pilot training requirements at a crucial stage for both aircraft programmes.

Following completion of PC-21 deliveries to the UAE and Swiss air forces, Pilatus Aircraft requires a new contract to continue production of the aircraft, while BAE also needs a new deal to restart Hawk production, with potential follow-on trainer deals for the US and Polish air forces.

In addition, BAE has also offered PC-21s to the UK Ministry of Defence (MoD) as part of its military flying training system (MFTS) programme.

According to Flightglobal’s MiliCAS database, RSAF continues to operate 47 Pilatus PC-9s delivered by BAE as part of a package deal with Hawks under a contract placed in the mid-1980s, and the air force’s existing inventory also includes 29 Hawk 65/65A jet trainers delivered under the same programme.