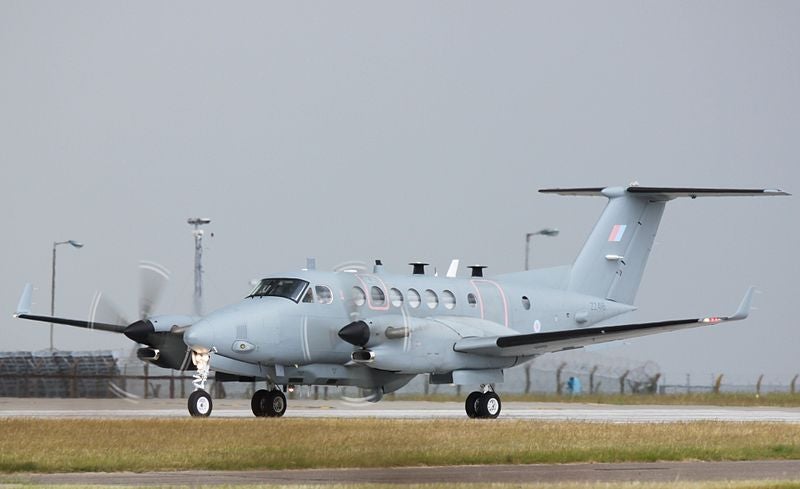 The UK Royal Air Force (RAF) is set to take delivery of the sixth Shadow R1 reconnaissance aircraft in the next few weeks, the country’s international security strategy minister Andrew Murrison has announced.

The information was provided by Murrison while responding to a parliamentary question regarding the in-service equipment and net book value (NBV) of the RAF’s existing five Shadow aircraft fleet, FlightGlobal reports.

Estimating the NBV to be worth approximately £72m, Murrison also said: "The figure comprises the NBV, plus assets in the course of construction yet to be formally transferred onto the fixed asset register, and the sixth aircraft, which is due for delivery at the end of July 2013."

Acquired through the UK Ministry of Defence’s (MoD) urgent operational requirement (UOR) deals, the existing five Shadow aircraft were delivered to the RAF between 2007-2011, according to Flightglobal’s MiliCAS database.

"The Shadow R1 is equipped with advanced systems to support RAF’s intelligence, surveillance, target acquisition, and reconnaissance (ISTAR) missions in support of Operation Herrick in Afghanistan."

The Shadow R1 is equipped with advanced systems to support RAF’s intelligence, surveillance, target acquisition, and reconnaissance (ISTAR) missions in support of Operation Herrick in Afghanistan.

Featuring a L-3 Wescam MX-15 electro-optical/infrared (EO/IR) sensor payload, satellite communications equipment, as well as up to three onboard operators, the aircraft can also be integrated with Raytheon’s SeaVue radar to provide a maritime patrol capability, if retained for longer durations.

Based at RAF Waddington in Lincolnshire, and assigned to the RAF’s 14 Squadron, the aircraft has successfully logged 10,000 hours gathering vital intelligence on insurgent activities, and safeguarding British and other International Security Assistance Force (ISAF) forces in Afghanistan since 2009.