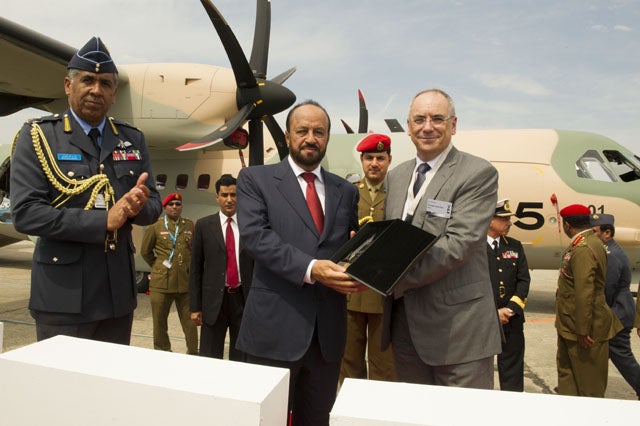 The Royal Air Force of Oman (RAFO) is set to take delivery of the first C295 military transport aircraft under contract from Airbus Military in late 2013.

Representing the 100th aircraft to have been manufactured to date by the company, the aircraft is currently being displayed at the ongoing Paris International Air Show in Le Bourget, France.

The official transfer of the title of the first aircraft in the order will take place immediately after the show, according to the company.

The aircraft will be transferred to the manufacturer’s facility in Seville, Spain, for initial training of pilots and loadmasters, and assembly, before being delivered to Oman.

Eight C295 aircraft, including five configured as tactical transports and three as maritime patrol aircraft (MPA), were ordered by RAFO for replacement of its Short SC.7 Skyvan fleet under an undisclosed contract in May 2012.

Eight C295 aircraft were ordered by RAFO for replacement of its Short SC.7 Skyvan fleet under an undisclosed contract in May 2012.

The contract also include an associated integrated logistic system (ILS) support package featuring a full-flight simulator, which is scheduled to be delivered in 2014.

Royal Air Force of Oman commander air vice marshal Matar Ali Al-Obaidani was quoted by FlightGlobal as saying that the aircraft will enter service as a tactical transport variant.

”It will significantly increase our ability to support our sister services and the civilian population in Oman," Al-Obaidani added.

Primarily aimed at boosting RAFO’s tactical transport and maritime patrol capabilities in hot and dusty conditions, C295s are also suitable for anti-piracy, illegal immigration and smuggling operations around the Gulf of Hormuz and other coastal regions.

The Military Aircraft Market in the UAE to 2025: Market Brief