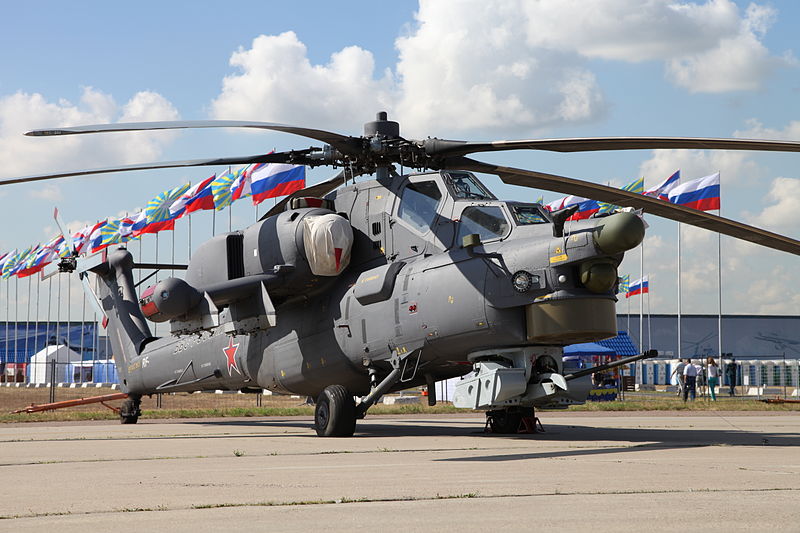 Mi-28UB is a special helicopter manufactured under the Russian Ministry of Defence’s (MoD) requirements to train pilots in operation of the upgraded Mi-28 Night Hunter (NE) attack helicopter.

A combat training variant of Mi-28NE, the helicopter is also capable of carrying out missions of an attack helicopter, including search and destroy operations against enemy equipment, soldiers, and low-speed targets during day or night in both favourable and challenging environments.

Unlike the original helicopter, Mi-28UB features a dual hydromechanical flight control system, which enables operation from both the cockpit and the flight instructor’s cockpit.

Other modifications include an expanded flight instructor’s cockpit and pilot canopy, as well as changes to the configuration of the energy-absorbing seats.

"The helicopter is scheduled to be displayed at the 2013 International Aviation and Space Salon (MAKS) Air Show."

The helicopter is scheduled to be displayed at the 2013 International Aviation and Space Salon (MAKS) Air Show, which will be held later this month in Zhukovsky, near Moscow, Russia.

Meanwhile, Russian Air Force commander-in-chief lieutenant general Viktor Bondarev has revealed that the MoD is planning to acquire up to 60 Mi-28UB helicopters until 2020 to significantly accelerate and enhance Mi-28NE pilot training.

After attending the Mi-28UB demonstration flight, Bondarev was quoted by RIA Novosti as saying ”we will purchase four to six [Mi-28UB] helicopters for each unit that has Mi-28N in service.”

An upgraded variant of the Mi-28 Havoc attack helicopter, Mi-28NE is designed to perform hunter-killer missions against main battle tanks, helicopters, ground forces and fortified defence positions during day and night and in all weather conditions.

The helicopter is expected to enter operational service with the Russian Air Force in 2015.