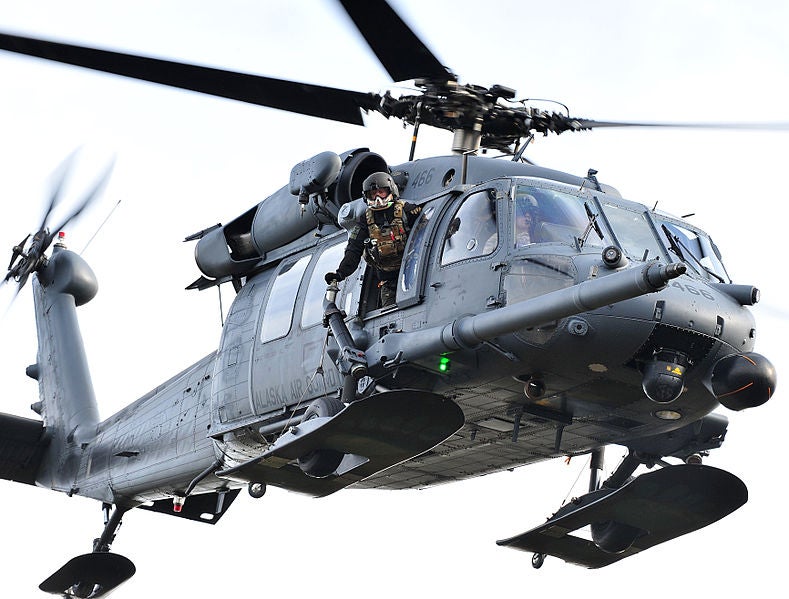 Conducted as part of the HH-60G avionics communications suite upgrade programme, the work included the installation of four ARC-210 Generation 5 receiver-transmitters on the aircraft at the Rockwell Collins Aircraft Certification Center at the Eastern Iowa Airport in Cedar Rapids, US.

Rockwell Collins’ communication and navigation products vice president and general manager Bob Haag said: ”With the addition of the next generation, modernised ARC-210 Gen5 radio, the HH-60G platform will have greater communication capabilities that will play a vital role in CSAR along with being ready for new IP-based networking waveforms and connectivity in the future.”

The AN/ARC-210 Gen5 is an advanced receiver-transmitter radio designed to enable transmission of networked or point-to-point data, voice and imagery between the soldiers in the battlefield.

The radio features a software-defined multi-waveform architecture, which is an optimised software communications architecture with embedded programmable next generation crypto, a classified Ethernet data interface, as well as an extended frequency range of 941MHz.

Representing the first military airborne transceiver to offer a fully programmable information security capability, the radio also serves as a form and fit replacement for the ARC-210 radios that are currently mounted on 180 different platform types across 45 countries worldwide.

Meanwhile, the company is also planning to demonstrate the radio’s ability to host the soldier radio waveform, which will highlight how the waveform will improve airborne platforms’ utility by enabling coordination with ground forces.

Image: A US Air Force’s HH-60G Pavehawk helicopter during training on Joint Base Elmendorf-Richardson in Alaska, US. Photo: courtesy of DVIDSHUB.

The Military Radar Market in the United Kingdom to 2025: Market Brief

The Military Radar Market in the United Kingdom to 2024: Market Brief