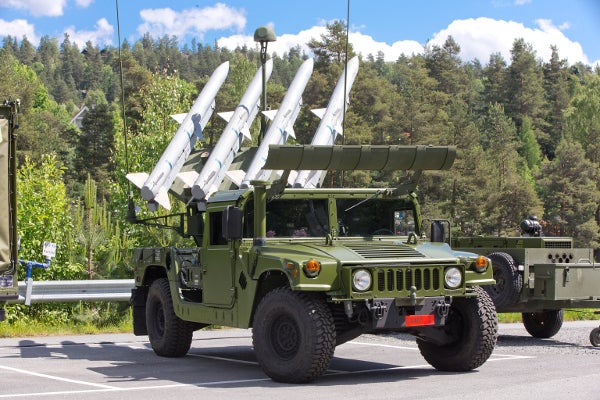 The Royal Norwegian Air Force (RnoAF) has taken delivery of the first High Mobility Launcher (HML) from Raytheon for use on its National Advanced Surface-to-Air Missile System (NASAMS).

The delivery forms part of a multimillion-dollar contract secured by Raytheon and its partner, Kongsberg, for supply of an unspecified number of HMLs to help enhance the NASAMS system’s overall capability in December 2011.

"This is an important milestone for Raytheon and our partner KONGSBERG because of the transportability, safety and security it brings to the manoeuvring forces when countering evolving threats," Kapoor added.

Featuring GPS and north-finding instrumentation for rapid system placement and battlefield positioning and improved target engagement accuracy, the package is scheduled to be integrated by the air force in its existing canister launchers fleet to help lower maintenance and lifecycle costs.

In addition to being operational in the Netherlands, the system is also used in Finland, Spain and the US National Capital Region.

The Military Radar Market in the United Kingdom to 2024: Market Brief

The Military Radar Market in the United Kingdom to 2025: Market Brief