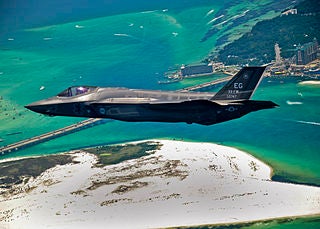 Known as the AN-1, the aircraft made its first flight on 6 August 2012 and later performed a number of company related check flights, reports Flightglobal.

Both the Netherlands Ministry of Defence and Lockheed Martin declined to respond to the reports.

Netherlands signed up the system development and demonstration (SDD) phase of the JSF in January 2001, following the signing of a memorandum of understanding to co-operate in the SDD phase by the UK MoD.

The first aircraft was originally scheduled to be delivered and operational with RNLAF in 2014, but has been delayed to 2019.

The JSF programme is principally financed by the US, with additional funding from the UK, Australia, Canada, Denmark, Italy, Norway, Turkey and the Netherlands.