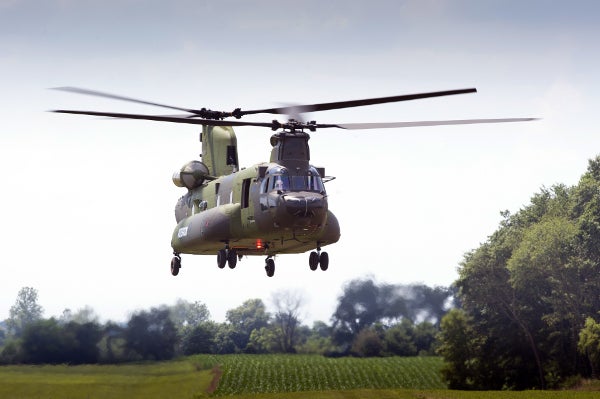 Conducted on 24 June 2012, the 80-minute test flight confirmed the initial airworthiness of the aircraft, including its new electrical system and advanced common avionics architecture system (CAAS) cockpit, which is designed to reduce the pilot’s workload.

The test flight also completed the limited acceptance test procedure, aimed at evaluating the aircraft’s performance and systems, according to the company.

Leanne Caret, Boeing vertical lift vice president, said: "Boeing and the Canadian Department of National Defence are focused on delivering the next generation of advanced vertical-lift aircraft to meet the needs of the Canadian military today and well into the future."

The helicopter will continue to undergo further ground and flight test missions in the coming months, and will soon be joined by a second Chinook in July 2012.

The H-47 CH-147F Chinook is an upgraded model of CH-47D Chinook attack helicopter, developed by Boeing to extend the service life of the Chinook beyond 2030.

Boeing received a contract from the Canadian Department of national Defence (DND) in June 2009, for the delivery of 15 helicopters, along with associated support services to the air force, which currently operates CH-147D Chinook for operations in Afghanistan.

Deliveries are scheduled to commence in 2013 and run throughout 2015.