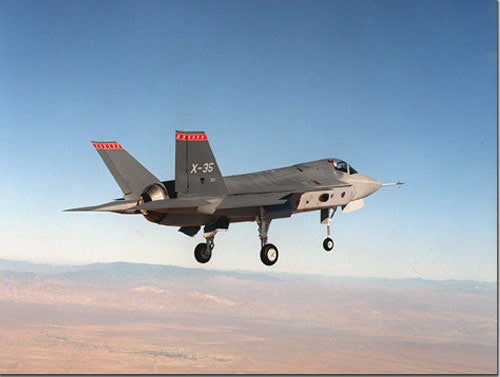 During the testing, which was carried out at an undisclosed location, a total of four SDB II shapes were loaded, along with an advanced medium range air-to-air missile (AMRAAM) into the aircraft’s weapon bay.

The sweeps of the inboard and outboard bay doors successfully confirmed adequate clearance between the two weapons.

Raytheon Missile Systems Air Warfare System vice president Harry Schulte said the fit check completion is critical, as it further evaluates SDB II’s compatibility with the F-35 and also keeps it on track for a smooth transition to production.

"Once fielded, SDB II will provide the warfighter with an unprecedented capability to precisely strike moving targets in adverse weather conditions and through battlefield obscurants," Schulte added.

"The sweeps of the inboard and outboard bay doors successfully confirmed adequate clearance between the two weapons."

The bomb, currently in production, has already demonstrated its target tracking and destruction capabilities, while operating from the USAF’s F-15E fighter jet during a testing at White Sands Missile Range in New Mexico, US, in July 2012.

Currently in the engineering and manufacturing development phase, the bomb is designed to be installed on F-15E, F-35B and F-35C aircraft, and also shows compatibility with the USAF F-35A, F/A-22 and F-16C/D, as well as the Navy F/A-18E/F Super Hornet fighter jet.

The bomb is expected to be delivered to the air force in 2013.