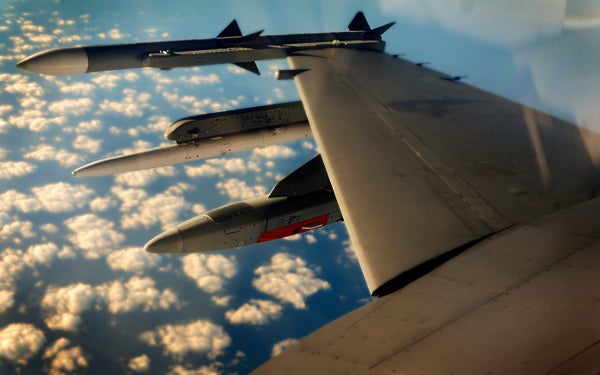 Accomplished under budget, the programme featured a total of 30 successful engineering and operational flight tests of both MALD and MALD-J jammers with a 30-for-30 record.

MALD-J scored a perfect 15 out of 15 flight manoeuvres.

Raytheon Missile Systems MALD-J programme manager Chris Daily said: "The commitment and performance of the Raytheon and US Air Force team, coupled with the science and engineering development in electronic attack for the MALD vehicle, has paid big dividends for our warfighter.

"Finishing under budget in these austere times was especially rewarding."

Weighing less than 300lb, MALD-J is an expendable, close-in jammer designed to degrade and prevent an early warning or acquisition radar from establishing a track on a strike aircraft, while also maintaining the ability to fulfil the basic decoy mission.

Employed from the F-16 Fighting Falcon and B-52 bomber, the unmanned jammer is capable of navigating and operating closer to hostile radars when compared to the conventional electronic warfare (EW) systems, thus keeping aviators and aircraft away from enemy’s path.

The device, which is designed to work with and use other EW platforms, can function either as a stand-alone system or in pairs, and is also capable of loitering in the target area for an extended period of time, ensuring mission completion.

The MALD is an advanced, air-launched and programmable flight vehicle designed to confuse enemy integrated air defence systems through precise duplication of all combat flight profiles and radar signatures of the US and allied aircraft in the battlefield.