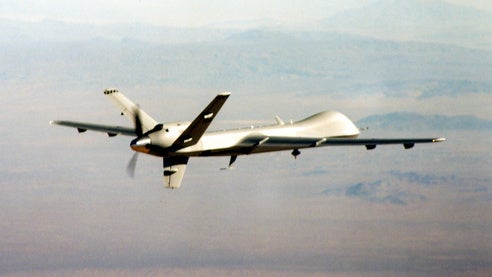 BAE Systems has been selected by Raytheon to help develop the US Air Force’s Dismount Detection Radar (DDR).

The radar is scheduled to be installed on the US Air Force’s (USAF) fleet of MQ-9 Reaper unmanned aerial vehicles (UAVs).

Under the contract, the company will manage the production of the system’s radar command, control, processing, exploitation, dissemination, as well as mission planning modules.

The ground moving target indicator (GMTI) is a readily deployable, mission-ready software and will serve as the operator’s control interface to the radar units.

Raytheon received a contract during the July 2012 Farnborough International Airshow for production and delivery of four DDRs along with ground control stations, for the USAF.

Mounted under the wings of the MQ-9 Reaper, the DDR will provide commanders with GMTI and synthetic aperture radar capability, which will prove critical during tracking of dismounted infantry troops.

The radar is intended to support the USAF’s intelligence, surveillance and reconnaissance (ISR) missions by delivering accurate information about potential threats, such as vehicles and individuals in adverse weather conditions.

DDR systems are scheduled to be deployed onboard MQ-9 Reaper UAVs in late 2014.