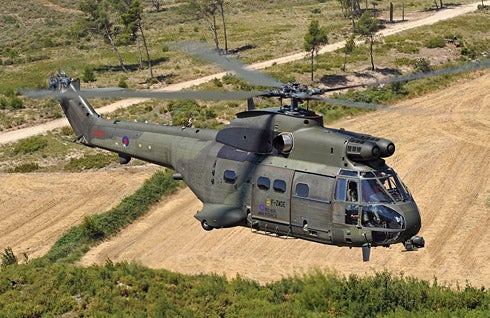 The internal qualification marks the completion of the first phase of the Puma’s planned developments, with further enhancements to its mission capabilities expected in the coming months.

Eurocopter UK managing director, Markus Steinke, said the qualification milestone represents another important accomplishment in a programme that is crucial for the UK’s combat capabilities.

”Once upgraded, Puma Mk2s will be serving the Royal Air Force until 2025, offering exceptional performance and capability that is excellent value for the money,” Steinke said.

Eurocopter has completed the initial upgrade process on three Pumas to date, all of which are currently undergoing flight testing, with the first helicopter scheduled to be delivered to QinetiQ’s Boscombe Down military test and evaluation centre for additional trials in the next few weeks.

Approved by the UK Ministry of Defence (MoD) in September 2009, the multi-million pound LEP aims to further extend the service life of the RAF’s fleet of 24 Puma helicopters, from 2012 until 2025 to offer enhanced performance and operational capabilities in hot and high conditions.

Representing a key element of the UK’s medium battlefield support helicopter capability, the Puma Mk2 helicopters will be deployed by the RAF for tactical troop transport, as well as fast moving contingent combat and humanitarian missions.

The upgraded Pumas are scheduled to enter service with the RAF in 2012, and will achieve full operating capability in 2014.