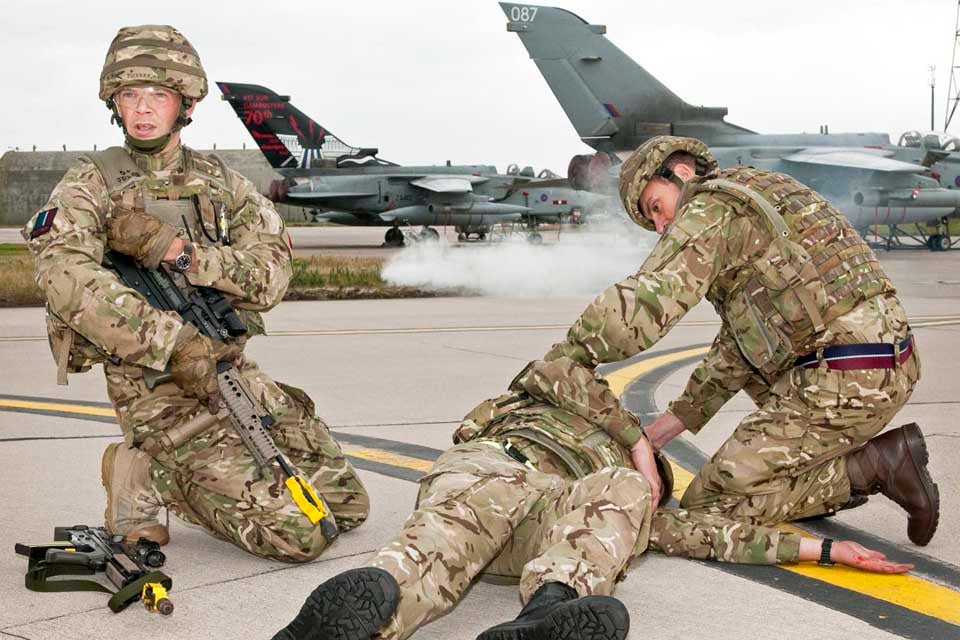 The UK Royal Air Force’s (RAF) No. 617 Squadron aircrews are honing their air combat skills in Scotland, in preparation for the scheduled deployment in support of the International Security Assistance Force (ISAF) troops in Afghanistan. Commencing later this month, the four-month deployment represents the squadron’s final tour of duty in Afghanistan with the Tornado GR4 strike fighter aircraft prior to disbandment in April 2014. Also known as the ‘Dambusters’, the Squadron will reform in 2016, to operate the UK military’s F-35 Lightning II joint strike fighter (JSF) aircraft alongside the Royal Navy personnel from RAF Marham in Norfolk, UK. Following six months of training, the aircrews participated in a mission rehearsal exercise (MRX) at RAF Lossiemouth in Moray, Scotland.

"The four-month deployment represents the squadron’s final tour of duty in Afghanistan with the Tornado GR4 strike fighter aircraft prior to disbandment in April 2014."

Comprising simulated rocket attacks, aircraft scrambles and accidents, the Expeditionary Air Wing Training Team-run exercise ensured the squadron’s full preparation for their detachment at Kandahar Airfield. Commenting on the exercise, squadron leader Simon Reade said the MRX presented the squadron with an opportunity to demonstrate their skills and potential before embarking on their final operational deployment. ”No matter what we’ve confronted them with, 617 have successfully coped with every scenario and they are now properly prepared for the rigours of Afghanistan,” Reade said. 617 Squadron commanding officer wing commander David Arthurton said: ”The MRX has been a fitting culmination to the squadron training programme and gives me absolute confidence that we are prepared to face the challenges that lie ahead for us in Afghanistan.” Based at RAF Lossiemouth, the No. 617 Squadron operates the Tornado GR4 for ground attack and reconnaissance missions.