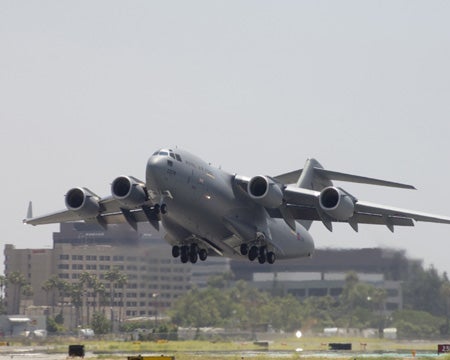 The UK Royal Air Force (RAF) has taken delivery of the eighth C-17 Globemaster III heavy-lift transport aircraft from Boeing, at its final assembly facility in Long Beach, US.

The delivery follows the £200m agreement signed with the UK Ministry of Defence (MoD) in late March 2012 for the delivery of additional aircraft to the RAF, which already operates a fleet of seven C-17s.

RAF Wing Commander 99 Squadron Commanding Officer, David Manning, said: "It’s a great feeling to know that we have the capability to deliver crucial supplies to the front lines with little notice, or to transport injured troops home with a better chance of survival because of the capability and flexibility of the C-17."

"The support provided to the RAF under the GISP arrangement results in an excellent mission-capable rate at one of the lowest costs per flying hour," said Kurth.

The new airlifter will be operated by RAF Brize Norton, and is expected to further strengthen the vital airbridge of transporting British armed forces and equipment between the UK and Afghanistan, as well as for aeromedical intensive care provision purposes.